It is always interesting when two books released at nearly the same time — written by two very different authors and aimed at two distinct audiences — at first glance appear to have nothing to do with each other but end up focused on the same thing. It is even better when they disagree.

Yong Zhao is Professor of Education at the University of Oregon. Shaun Rein is a marketing consultant based in Shanghai. Zhao’s book, Who’s Afraid of the Big Bad Dragon: Why China Has the Best (and Worst) Education System in the World, came out last September and aims to disabuse American educators of the dangerous notion that the U.S. education system should be more like China’s. Rein’s volume, The End of Copycat China: The Rise of Creativity, Innovation, and Individualism in Asia, came out in the same month and seeks to puncture illusions that the business environment in China is the same as it was a few short years ago when he published his first book, The End of Cheap China. Both works, though, ultimately center on one of the watchwords of our time: innovation.

Who’s Afraid of the Big Bad Dragon, at first glance, is not a book about innovation. Zhao, full of passion and flummoxed by the American romanticization of Chinese schools, wants to address “the widespread misinformation about Chinese education, the seductive misinterpretation of China’s economic and educational achievements and the misguided popular recommendation for Western democracies to copy China.” As he reminds readers, most Chinese are very unhappy with their education system and want to change it. But with students from Shanghai taking top marks in the PISA tests, an international exam that measures ability in science, reading, and math, “American education pundits and political leaders have been eager to learn from the quintessential authoritarian education system.” American envy of Chinese test scores and awe at how hard Chinese students work created a sense of crisis in U.S. education and resulted in the Common Core Curriculum, which sets national standards based upon stringent and frequent testing. Zhao believes this education policy, based on assumptions and illusions, is incredibly boneheaded.

He thinks it’s boneheaded because the adoption of a test-focused educational system like the Chinese one stifles innovation, and innovation is exactly what the United States (and China, and the world) needs. Zhao, again and again, returns to the theme of the Chinese education system prohibiting creativity and innovation: the imperial exam system in the past and the college admissions test today have homogenized generations of young Chinese to study, master, and regurgitate knowledge the government deemed important at the expense of other branches of knowledge and skills. That is why Chinese schools are at once the best and the worst: “China has produced the world’s best test scores at the cost of diverse, creative and innovative talents.” An even more damaging judgment come from Zheng Yefu, professor at Beijing University, who laments that “No one, after twelve years of Chinese education, has any chance to win a Nobel Prize.”

Innovation is so important, Zhao continues, because Chinese economic growth depends on it. The population dividends and the returns from the Chinese government removing constraints on the industriousness of its own people are quickly running out. As this era of economic growth winds down, China needs to have a workforce that is “diverse, creative and entrepreneurial.” However, even though China has tried to move away from its education model for more than 150 years, different governments, from those of the Qing Dynasty to the Chinese Communist Party, have been unwilling to cede control of curriculum and assessment. The result is classrooms, schools, and universities full of homogenized young people, the products of an educational philosophy and practice that “remain [as] incapable of producing creative and innovative talent as they were two centuries ago.” But they sure produce good test takers. 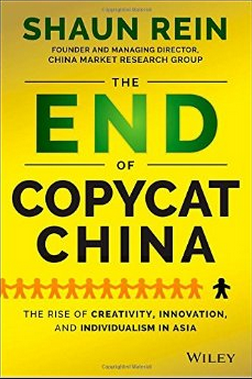 Rein’s book begins by questioning the premise that China cannot innovate due to the authoritarian nature of its government. Reflecting on a speech to that effect, he ponders: “Is it really true?” Rein certainly does not think so and outlines the Chinese innovation curve. Chinese businesses first copied Western technologies with perhaps a slight change in business model; now they are coming up with innovations across different sectors based on the increasingly sophisticated demands of Chinese consumers. In the final step in the process, still on the horizon, China will begin “innovation for the rest of the world.”

Rein actually has an interpretation of the last 30 years of Chinese economic history very similar to Zhao’s. When the period of Reform and Opening began, there was no real reason for Chinese companies or the Chinese government to focus on innovation. There was too much money to be made from copying technology and tweaking business models from abroad. The low-hanging fruit had to be picked. But after this initial point of agreement, Rein counters Zhao’s pessimism with optimism: China is capable of innovation—and it is happening right now in mobile technology, biotech, and other industries.

What about the educational system acting as a drag on innovation? Rein admits that a lack of “creativity in the education system (and regulatory constraints) play a role undoubtedly in slowing innovation, but the natural evolution of the economy plays an even bigger role.” The lack of Chinese innovation over the last 30 years “was a matter of circumstances rather than the inherent inability of Chinese culture to innovate.” Even more, citing responses to a number of interviews he conducted, while some Chinese respondents said that the education system focused too much on memorization, they also stressed that more and more Chinese were studying abroad and getting access to an educational system that stressed creativity. Zhao might respond that the ill effects of the Chinese education system start early. It is already too late for Chinese students who study abroad in high school and university. The damage is done. This is the difference in perspective one might expect from one author, Zhao, who had his early education in China and the other, Rein, who attended school in the U.S.

Rein also does not see the Chinese educational system as nearly as debilitating as Zhao because his view of innovation begins with the consumer rather than in the classroom. According to Rein, Chinese consumers are tired of products adapted and tweaked from the West. He argues they increasingly want goods and services “developed with China in mind from the beginning.” As Chinese companies have picked most of the low-hanging fruit in the economy and Chinese consumers become more discerning and demanding, businesses need to respond by making better and more innovative products. They have to innovate to satisfy customer demand.

One quick note for those who might pick up Rein’s books. Watch out for what The South China Morning Post called Rein’s “planetary-sized ego.” The author, instead of the argument, is too often at the center of the story. Keep in mind that in addition to making the optimistic case for innovation in China, Rein is also involved in an exercise in self-promotion. Though it will be hard, try not to focus too much on phrases like “I was at an invite-only event,” “I was traveling with a friend, one of the richest people in China,” or “My wife and I were talking to Tony Blair.”

Interestingly, both authors think they have history on their side. For Zhao, history is inescapable. The burden of the exam system in service of and supporting an authoritarian regime is such that efforts to reform it and allow for an educational system based on creativity and independence of thought are impossible. The future of innovation in China is bleak. For Rein, history by analogy is what matters. Sure, China has not been particularly innovative since the late 1970s but, then again, neither was the United States, South Korea, or Japan at similar stages of economic growth. They became innovative and so will China.

So who is right? Like so many issues in China today—the state of the economy, judicial reforms, getting pollution under control—there are optimistic and pessimistic interpretations for prospects of innovation in China. Maybe both are right, depending on the definitions of innovation and invention. Maybe Chinese companies can continue to find “improved solutions to meet market demands with better process, technologies, services, and ideas,” which is Rein’s definition of innovation, but China, as Zhao holds, won’t produce any Nobel Prize winners in basic research. Instead of focusing on who is right, the more pressing question is “How can we get these two on a panel together?” 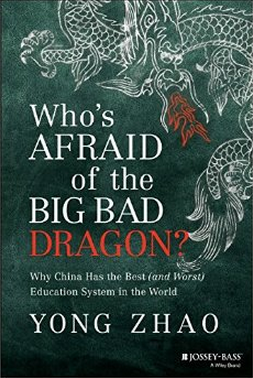