“There is NOTHING,” I typed, “that makes me miss China more than dealing with @Amtrak. Our rail system is ridiculous.” A quick click on “Tweet” and I sat back in my chair in Washington, D.C.’s Union Station, content that I had fully conveyed my frustration with American mass transit — at least, to the thousand or so people who follow me on Twitter.

Like all tweets written in a fit of anger, this is one that I probably shouldn’t have sent, or that I should at least have thought about more carefully before posting. No one from Amtrak responded to my whining, so I had done nothing more than scream into a void. But having traveled the length of the Northeast Corridor (Boston to D.C.) in the past two weeks, my patience for rattling old Amtrak trains has been exhausted, and I long for the quiet, even glide of Chinese high-speed rail. I miss trains that run on time, clear announcements at each station arrival, inexpensive tickets, and free hot water for my instant coffee (though Amtrak’s $2 brew is surprisingly good, I’ve found). Amtrak definitely has the advantage in seat size (roomy in every dimension) and ease of ticket purchase (done online in only a few minutes, a move that China hasn’t been able to make), but otherwise — God, do I miss Chinese trains.

And who would have ever thought that I’d say that?

I certainly wouldn’t have predicted it nine years ago, when I stepped onto a sleeper train to travel from Beijing to Xi’an, my first time riding the Chinese rails. I had a vague idea of what to expect, but was still taken aback by the thin beds and poorly maintained bathrooms, to say nothing of the trash that seemed to bloom on the floor of the car as soon as passengers settled in with snacks whose wrappings they discarded freely. I slept poorly and spent much of the 12-hour trip trying to deter curious fellow passengers from starting conversations that my introverted self cowered at (I’ve mostly gotten past that — a freckled redhead in China can’t also be an introvert).

For several years following that initial journey, I regarded train travel in China as something to be endured in the service of getting from one cool destination to the next. But around 2007 or so, I realized something: the trains between Nanjing, where I lived, and Shanghai, where I liked to be, were getting faster. The interiors were getting nicer. People were cleaning up their trash and spending most of their time listening to iPods or texting on their cell phones, not asking me questions about my life in China. (The bathrooms were still kind of gross, but so are Amtrak’s.) Absorbed in the drama of my mid-twenties life, I had barely noticed the arrival of high-speed rail, one of the most important developments in Chinese infrastructure over the past decade.

China has finally accomplished what Mao Zedong set out to do in the Great Leap Forward of 1958 — surpassed the United States in something big and ambitious. High-speed rail lines spiderweb across the country, from Harbin in the north to Guangzhou in the south. New lines are being built to reach Kunming in the southwest and Urumqi in the northwest. In the U.S., on the other hand, plans for a high-speed line between San Francisco and Los Angeles, and another one in the Northeast Corridor, have repeatedly gotten tangled up in political maneuverings and concerns about building costs — two things that China’s Railway Ministry hasn’t had to worry about as it has embarked on its massive construction spree. We might eventually get a few lines built here, but it will be a long, slow project, measured in terms of decades, not years. Speaking at a panel titled “Will China Rule the World?” at the annual meeting of the American Historical Association, which I attended in D.C. the first weekend in January, Yale professor Peter Perdue joked that “China’s GDP will surpass [that of] the U.S. before America has high-speed rail.”

Of course, China-watchers know that the country’s switch from the “Iron Rooster,” as older trains are known, to the sleek new Hexie Hao, or “Harmony Express,” hasn’t gone completely smoothly by any means. The July 2011 collision between two high-speed trains outside the city of Wenzhou, which killed 40 people, sounded a note of alarm, and many Chinese asked whether the country needed to slow down as it surged ahead. The arrest and conviction of Liu Zhijun, former Minister of Railways, for bribery and abuse of power signaled that the days of unbridled rail growth with no questions asked were over, though the leadership still plans to double the current high-speed network. Amtrak has a long way to go before it catches up.

The high-speed rail lines that radiate out from Shanghai enable me to travel easily and frequently — even Beijing is only five hours away — and I’ll trade a ride on the Harmony Express for a trip on Amtrak pretty much any day of the week. But as much as I wish that the U.S. were a little more like China in its rail infrastructure, I have to admit that China is also losing something in its switch to high-speed trains. Overnight trips on the “Iron Rooster” were once the quintessential getting-to-know-China experience for foreign students and backpackers, and though I always had to steel myself for those trips before they began, they also comprise some of my most vivid early memories of China. Journeys on the Harmony Express, on the other hand, tend to be so quiet and routine that one blurs into the next, as indistinguishable as the landscape rushing past the window at 300 kilometers an hour.

For a glimpse into China’s railway past, check out Riding the Iron Rooster: By Train through China, Paul Theroux’s account of his travels across the country in the 1980s. 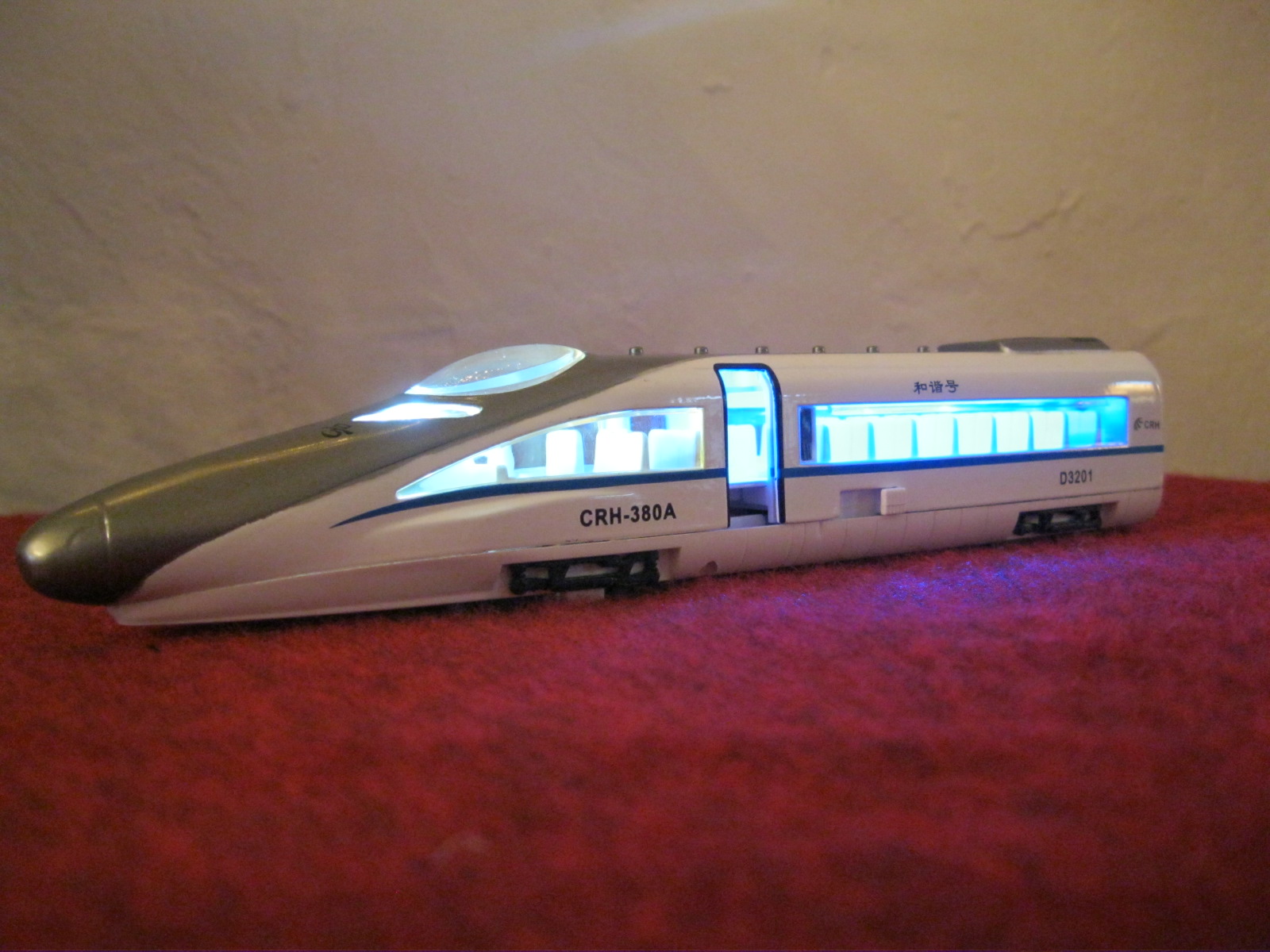