This interview, like the previous one in this series with Eileen Cheng-yin Chow, is with someone who wears many hats.  Jason Y. Ng is a lawyer, a columnist, an adjunct professor of law, and the President of PEN Hong Kong, as well as the author of books such as Umbrellas in Bloom: Hong Kong’s Occupy Movement Uncovered.  He is also someone who has been quoted extensively in the press on various issues.  Often, journalists ask him to comment on the latest protests or acts of repression in Hong Kong, as they know how eloquent and informed he can be speaking on those sorts of topics.  Here, though, befitting the fact that he has made time in his busy life to serve as an advising editor to the LARB China Channel, I’ve posed questions to him about books and films, variations on things I’ve asked others in this series.

JEFFREY WASSERSTROM: What’s a China/Sinosphere related book—or a film or article if you’d prefer — that you wish got more attention?

Migrant workers, and in particular, female domestic workers from the Philippines and Indonesia, face a range of legal, social and cultural issues in Hong Kong. These issues are either unreported or under-reported. It is an elephant in the room that nobody bothers to acknowledge, let alone address. I do wish more people would pick up Nicole’s books and learn about the injustices that our foreign domestic workers have to put up with daily.

What’s one you wish got less attention?

I don’t have anything bad to say about any author or his/her books and so I’ll pick a film. I wish less media attention were paid to those Chinese propaganda movies dressed up as action hero thrillers. The prime example is Wolf Warriors II (2017), which grossed over RMB 5 billion domestically and broke a number of box office records, including the biggest single-day gross for a Chinese film and the fastest Chinese film to reach the US$500 million mark.

With a blatantly patriotic plot, Wolf Warriors II is a thinly-veiled attempt to glorify the Chinese government and justify its military expansion abroad. I hasten to point out that the film’s release was carefully timed to be within the same month the Chinese government opened its its first overseas naval base in Djibouti. I worry that its commercial success will encourage more propaganda movies to be made in the near future, which will in turn stifle dissent and creativity in China’s film industry.

What’s a book etc you know you should have read/watched, but have to admit you haven’t.

I admit I haven’t yet finished reading them, even though I’ve been ardently recommending them to my readers and friends. But they are on my reading list this year and I plan on devouring them this Christmas with eggnog and cocoa. 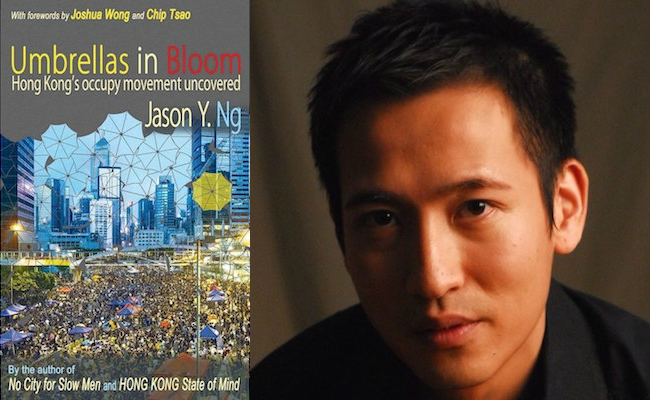