This is the fourth in a series of interviews BLARB has been running to introduce some people with key roles in the soon-to-launch LARB China Channel. The interview with Eileen Cheng-yin Chow promised last week will come soon, but first we wanted to share some views on books by two China Channel advising editors, one of whom used to co-edit LARB’s China Blog with me (Maura Elizabeth Cunningham) and the other of whom currently does so (Mengfei Chen). This Q&A will involve fewer questions to make room for two sets of answers.

JEFFREY WASSERSTROM: I’ve been asking everyone I interview for LARB if there is any recent book on China that you wish had gotten more attention? Or if you’d like to tell us to watch for something that you know is in the works, that’s fine.

MENGFEI CHEN: There are so many. Even big Chinese authors, like Mo Yan and Yan Lianke, tend to fly under the radar in the US — there’s not been a Chinese Murakami or Han Kang. In a way, this is pretty exciting – the breakout voice could be someone completely unexpected. I wish I could tell you who. Maybe start with Notes on the Mosquito, Xi Chuan’s poetry collection, very ably translated by Lucas Klein. I’d like to see Ge Fei’s Jiangnan trilogy in translation.

MAURA ELIZABETH CUNNINGHAM: I just read an advance copy of former Marketplace Shanghai correspondent Scott Tong’s forthcoming book, A Village with My Name: A Family History of China’s Opening to the World, which is coming out in late fall. In recent years, there have been a number of compelling books that explain economic, political, and social changes in contemporary China through the lives of ordinary people. A Village with My Name has a similar setup, but it’s a little different because Tong is working on a longer timeframe (more than a century) and those ordinary people are his relatives. He tells a very interesting story, and I anticipate that Tong’s book will be one I recommend to people who have never been to China but want to learn something about the country (in fact, I’ve already offered my copy to my mother).

CHEN: Anything by Peter Navarro? Whatever the China book du jour with congressional staffers is? I thought the inclusion of two China books in a recent edition of New York Magazine’s “What to Buy to Look Like: A Capitol Hill Intern” was particularly funny. Nothing against the books recommended here (I’ve read neither) but as a nattering nabob of negativism, I’m suspicious of anything that could double as an intellectual fashion accessory.

CUNNINGHAM: A few years ago, I was living in Shanghai and got invited to participate in a conference attended by Ivy League administrators coming to China (many for the first time) to explore educational partnerships there. Upon arriving at the conference, I quickly learned that all of them had prepared for the trip by reading Henry Kissinger’s On China, which everyone wanted to discuss during coffee breaks and meals. Nearly all of them seemed to question my credibility as a China scholar when I had to admit over and over again that I hadn’t read the book. I later bought a copy, read about 50 pages, and haven’t touched it since. From what I know of it, I don’t think On China is bad (in the way, for example, that Jung Chang and Jon Halliday’s Mao: The Unknown Story is bad), but I don’t see grand theory and stories of high diplomacy as the best place to start when learning about the country.

CUNNINGHAM: I’ve read very little Chinese fiction — mostly just a few too-big-to-skip names like Dream of the Red Chamber, Lu Xun stories, and Mo Yan’s Life and Death Are Wearing Me Out (which I wrote about for the China Blog), plus a scattering of other stuff. I always intend to read more, but I have a sort of mental categorization in which all books about China or in Chinese are “work” and all fiction is “relaxation.” So I find it very hard to relax into Chinese fiction because my brain treats it like work — I can’t just enjoy the story or the writing, I’m constantly analyzing What This Book Says About China. 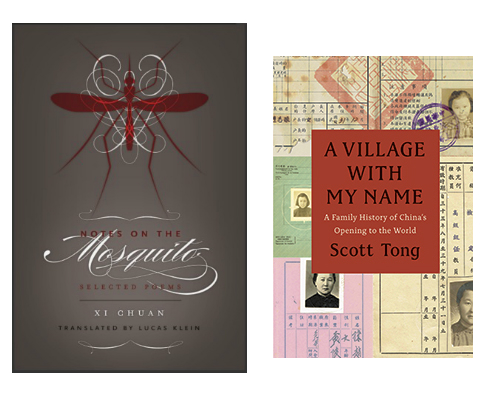