Today’s Q&A introduces LARB readers to the China Blog’s newest contributor, Liz Carter. Carter is author of the recently published book Let 100 Voices Speak: How the Internet is Transforming China and Changing Everything, and co-author of The Grass-Mud Horse Lexicon: Classic Netizen Language. Based in Washington, D.C., Carter works as a translator and writer, and also tweets prolifically (@withoutdoing), sharing fun Chinese language tidbits and phrases that aren’t always taught in class. We’re pleased to welcome her to the China Blog team. Look for Carter’s first post next week.

MAURA ELIZABETH CUNNINGHAM: First, can you tell China Blog readers how you got interested in China, and a bit about your background as a translator and writer?

LIZ CARTER: It’s a pretty mundane story! I began studying Chinese during my first year of college and really enjoyed it. My interest in China and Chinese just snowballed — the more I studied, the more I wanted to study. After I graduated, I moved to Beijing and found jobs to support myself while I continued to work on my Chinese. Translation, I learned by doing — there’s a lot more to it than just language proficiency, and that’s something I had to learn on the job. As for writing, I started writing for Tea Leaf Nation as a hobby and that snowballed as well. I credit my experience with National Novel Writing Month for training me not to let perfect be the enemy of good, and I’ve learned a lot from my editors at TLN and IB Tauris.

Your book discusses the evolution of social media in China over the past decade or so. What do you consider two or three landmark events that really changed the social media landscape there?

I think the rise and fall of various platforms, as well as the intermittent government crackdowns, have had the greatest effect. The blocking of Twitter, Google, YouTube, and Facebook definitely restricted the social media sphere, while the subsequent rise of China’s own Sina Weibo marked a period of really open discussion, debate and criticism. Finally, the crackdown on social media that began in 2013, which coincided with a rise in mobile internet use and the increasing popularity of WeChat, changed the way people use the internet and restricted the space for free expression.

I’ve noticed over the past two years that Weixin, or WeChat, has become the de facto form of communication in China — lots of people really don’t even email or text anymore, but do everything through WeChat. Why do you think WeChat has taken off the way it did? And is it here to stay?

In this age, I don’t think anything is really here to stay, and that goes double for China’s internet sector. Assuming it doesn’t piss off the Chinese government, though, I think it’s here to stay for a while. I think the app became popular because it can replace a number of apps at once — it offers a Facebook-like status feature, free texting and voice messaging, and even the ability to transfer money. As long as you don’t care whether your communications are being monitored, it’s a great app. That said, it’s not really a replacement for Weibo, because it’s built on private networks, not public discussion.

You discuss in your book the crackdown on Weibo that took place in 2013, which sucked a lot of energy out of this once-vibrant discussion space. What’s the Weibo landscape now? Is it still a place where people virtually congregate and talk about things, or has it gone the way of MySpace and Friendster?

Weibo is fairly depressing these days — a lot of the top trending posts are just gifs from reddit, soft advertisements for boy bands, and celebrity selfies. Occasionally something will surface, but it’s not even a shadow of what it was back in 2011 or 2012. It’s possible that Weibo will resurrect itself, especially if the government scales back censorship, but equally possible that it will just fade away.

And finally, what types of posts can China Blog readers look forward to from you in the future? What are some areas that you plan to write about?

LC: My favorite rabbit holes are online slang, internet literature, pop culture and science fiction. Lately I’ve been researching the history of English-language television fandom in China and watching Nirvana in Fire, a Chinese period drama based on a popular internet novel — I will probably write about both of those in the near future. And I look forward to reading and reviewing interesting books about developments in Chinese fiction and social media — I’m always open to suggestions! 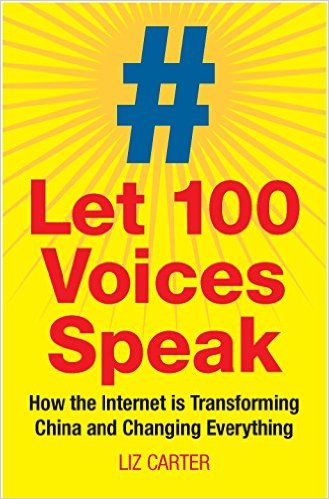