I doubt anyone goes to Hong Kong specifically to explore the Ping Shan or Lung Yeuk Tau Heritage Trails. After all, this former British colony (now a Chinese Special Administrative Region, or SAR) offers visitors a plethora of other attractions: world-class dining, exciting nightlife, a spectacular skyline, and high-end shopping, just to name a few. The two heritage trails, both located in the outlying New Territories section of the SAR, lie far from the center of Hong Kong’s gravity.

I’m not really into shopping or eating fancy meals, and I’ve already done most of the standard Hong Kong tourist items (traveled up to the Peak, visited Chungking Mansions for Indian food, crossed the harbor on the Star Ferry), so when I arrived for a long weekend in the SAR earlier this month, my itinerary was pretty much blank. I wanted to relax, eat good street snacks, and explore Hong Kong beyond the neon lights. The two heritage trails (both listed in the Lonely Planet Hong Kong guidebook) fit the bill perfectly: easily accessible by public transportation, yet still far enough off the beaten path to provide peace and quiet while I soaked in some of the territory’s lesser-known history.

The Ping Shan Heritage Trail is undoubtedly the more popular of the two, and I saw several other foreigners and a couple of organized tour groups during my excursion there on Saturday afternoon. The trail, a little over a kilometer and a half, winds through several old villages that formerly all came under the oversight of the area’s Tang Clan, which settled in Ping Shan around the twelfth century. The trail links together a number of older structures (or rebuilt versions of the same), such as the Tang Ancestral Hall and several temples, that together provide insight into traditional life in a Hong Kong village.

I was even more interested, however, in present-day village life. As I walked along the trail, which leads visitors through small clusters of apartment buildings, little details captured my attention: the vaguely familiar music emanating from a storefront Christian church opposite a temple dedicated to a local god; colorful flowers planted in container gardens outside nearly every apartment; the incense burner attached to someone’s mailbox. The residents of these apartments appeared comfortable with the large number of visitors that the trail had brought to their community, and nearly everyone I encountered smiled or said hello to me (one man added, presumably at random, “Are you from California?”).

I encountered a very different situation the next day when I set off on the much longer, and much less polished, Lung Yeuk Tau Heritage Trail. While the Ping Shan trail had a visitor’s center and numerous signs to guide me from one historic landmark to the next, Lung Yeuk Tau featured only spotty signage, and both the starting and endpoints of the trail were unmarked. (I found the former with the help of Lonely Planet and decided on the latter when I came to a bus stop and saw that the minibus waiting there would take me back to the metro station.) The trail passes by a number of old walled villages and takes the visitor on a pleasant, though not physically taxing, hike along tree-lined roads.

In contrast to the outgoing community of Ping Shan, the Lung Yeuk Tau area seemed reserved, even unfriendly. Few people paid me any heed, and no one made any attempt to speak with me. I was virtually the only person traveling by foot, though people regularly passed me in cars and minibuses on the single-lane roads of the trail. No one mingled on the tiny concrete town squares, while a gleaming new basketball court lay empty and silent. Everywhere I looked, homes were surrounded by fences: three-story apartment buildings were encircled by walls whose tiles matched the homes’ exteriors, while residents of ramshackle single-story dwellings favored chain-link fencing topped with barbed wire. The walled villages of old had given way to the walled houses of today.

But the quiet that hovered over the trail enabled me to hear what was going on behind those walls, and I realized that the area was far from deserted. Someone was cooking, I could tell, by the rhythmic sound of a knife hitting a chopping board; in another building, the plastic clack of mahjong tiles made me wish I could take a seat at the table and join in the game. Television sets offered forth snatches of Cantonese that my Mandarin-speaking brain couldn’t begin to decipher. I usually like to listen to music on my iPod while taking long walks, but I left the device in my bag while hiking the Lung Yeuk Tau trail, focusing instead on the small sounds of daily life around me. I finished the four-kilometer hike feeling grateful for the anonymity and peace that the trail had offered—a rare thing to find in China.

Readers may have noticed that I’ve said comparatively little about the historic sites that are the reason for these two trails’ existence. To be honest, I didn’t find many of the sites particularly interesting; perhaps I’ve been jaded by my time in China, but small temples and ancestral halls are a dime a dozen, and nothing about the ones I saw along the trails stood out in any special way. The real pleasure I found on both of the trails came from the opportunity to wander around the contemporary versions of traditional villages and get a glimpse of life in the New Territories.

Would I recommend that a traveler with a free day or two in Hong Kong consider filling that time with a visit to these trails? Absolutely. The gleaming skyscrapers and bustling streets of Kowloon and Hong Kong Island are exciting; no first-time visitor to the SAR should skip them. It’s just as fascinating, however, to explore the territory’s quieter areas — only a short train ride away, but a world apart, from the neon lights of central Hong Kong.

Further reading: Since the 1960s, anthropologists James L. Watson and Rubie S. Watson have conducted research in the New Territories village of Yuen Long, which is similar to the towns I visited along the heritage trails. Many of their articles about the region have been compiled in Village Life in Hong Kong: Politics, Gender and Ritual in the New Territories. 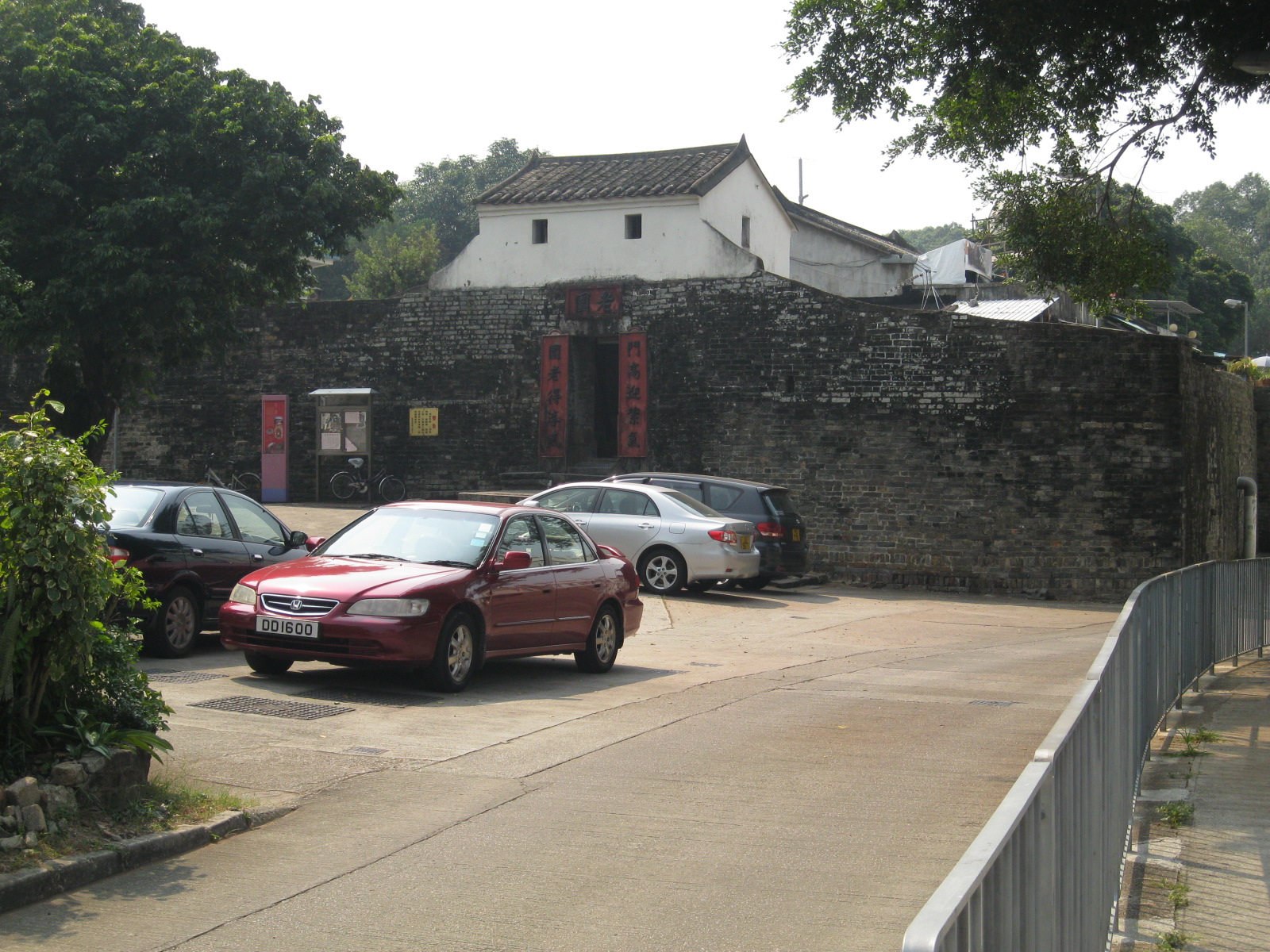