Sitting in the hushed, stained-glass light of my university’s architecture library, I made stacks of flashcards. I reverently copied the characters onto one side, the pinyin Romanization and English definition onto the other. Most of these words were two characters long, and as I quizzed myself on pronunciation, translation, and handwriting, I hoped that one day I would understand the meaning of each and every one of those characters on their own—not bound up in modern words, but singular, ancient, profound.

Only towards the end of college did I learn that many of these words cannot be picked apart. Take the word for butterfly, hudie 蝴蝶. Hudie is not a compound word. Those two characters used to write it mean nothing on their own—neither character is used apart from the other in any other word. The great mystery of many characters lies not in their individual meaning, but in their phonetic value.

And so, like so many students of Chinese, I was disabused of yet another fanciful notion. It may sound like the magic was gone, but in the end knowing the reality of the writing system and its connection to the spoken language was more profound than anything I’d imagined.

If only I’d had David Moser’s fantastic new book, A Billion Voices: China’s Search for a Common Language, to open my mind. In barely more than 100 pages, his contribution to the Penguin China Specials series brings clarity to common misunderstandings about spoken Mandarin, its relationship to other Chinese dialects, and the inner workings of its writing system. (A Billion Voices is currently available globally as an ebook and in non-digital formats in some, with the American paperback releasing, coindentally or not, on October 1, the People’s Republic of China’s National Day.) It also tells the story of how a century of ideologies and egos shaped China’s “common speech,” Putonghua. (Mandarin is the cluster of northern dialects on which Putonghua is based.) Moser’s love of this language, the product of decades of committee meetings and infighting, shines through in his lively narration of Putonghua’s coalescence.

One reason I wish I had had this book available to me sooner is that it would have helped me when I found myself, as I often have, explaining to friends and strangers at dinner parties that many so-called “dialects” of Chinese are mutually unintelligible, and would be considered languages in their own right if the people who spoke them were politically divided. Moser confirms my tipsy tirades, comparing Chinese dialects to the Romance languages, whose distinctions are reinforced by national boundaries.

But I usually go on to insist that, say, Cantonese is actually a language. It turns out this claim is more fraught than I’d realized. “The truth is, there is no universally accepted criterion for distinguishing languages from dialects,” Moser explains. Dialects radiate out from one another geographically, along a continuum of mutual intelligibility. The farther two dialects are from each other, the less speakers will be able to understand each other. A native Mandarin speaker cannot understand Cantonese, but that’s not enough to define Cantonese as a language.

As for the origins of Putonghua? It actually began as no one’s native tongue. In the early days after the fall of the Qing empire, the fight for a common language was white hot. The north-south linguistic divide raged at the Conference on the Unification of Pronunciation in 1913, which eventually settled on a standard combining bits of all major dialects. This standard was later overridden by Guoyu (the “national language”), based on the northern dialect spoken in Beijing (but not the same as Beijing dialect). Putonghua, spoken in the People’s Republic of China, is essentially the same as Guoyu. The major difference is that Putonghua is not defined as being based on the speech of “educated” people.

The story of the formation and promulgation of a standard language in China proves to be a history of the nation, from the later years of the Qing Dynasty (1644-1912) to the present. It is a story of representation and democratization, especially with regards to improving literacy. The writing system, which requires years of dedicated study to master, was for millennia a barrier to literacy for most residents of the empire. Unintentionally, Chinese characters staved off the “taint of democracy” that comes with mass literacy. To control a populace, “apparently no threat is more salient than the thought of ordinary citizens freely acquiring and sharing information.” The Catholic church certainly learned this lesson, as Gutenberg’s printing press begat more Bible readers, which begat doubt in church teachings, which begat the Protestant movement.

While the warlords of the 1920s and 1930s, who claimed bits of the Republic of China as their own domain, feared the specter of a literate public, both the Republican and Communist governments worked to increase literacy. Many new writing systems for Chinese were proposed in the first half of the 20th century, but none has ever replaced Chinese characters. In the end, the writing system has not held China back from mass literacy or technological development, a truth that Tom Mullaney is now promoting with an exhibition of Chinese typewriters at Stanford University. But the Chinese writing system, unlike a phonetic one, breaks the “virtuous circle” of the spoken and written word. The phonetic element of characters is weak, and thus learning to read and write continues to be an arduous task.

The value of Chinese characters as a symbol of the nation is so potent as to have dissuaded even Mao Zedong from totally scrapping the system. Mao at one point did advocate for a phonetic script, but “Chinese traditionalists tended to ascribe almost mystical semiotic power to the characters, seeing them not just as symbols for semantic meaning, but as embodying the essence of Chinese culture itself.” Mao opted instead for a simplified character system, aided by pinyin romanization. The Vietnamese, by contrast, experienced a relatively smooth transition from Chữ-nôm, based on Chinese characters, to Quốc Ngữ, the system of Latin alphabet and diacritics created by missionaries and used here. When the writing system is not your own, it’s easier to choose.

This book is not just for students of Putonghua. Moser assumes no knowledge of Chinese, walking the reader through thorny subjects, such as the “language-dialect continuum” of Chinese, with poise and humor. A native speaker of Mandarin—or any Chinese dialect, for that matter—could also learn a lot from A Billion Voices. Many of the myths Moser dispels are perpetuated by those steeped in the language from birth. Not that Westerners, with our Chinese character tattoos and other regrettable appropriations, have done much to clear things up. This is a book for anyone who wants to cast off romantic and Orientalist notions in exchange for insight into the language spoken and written in China. These days, that should be just about everyone. 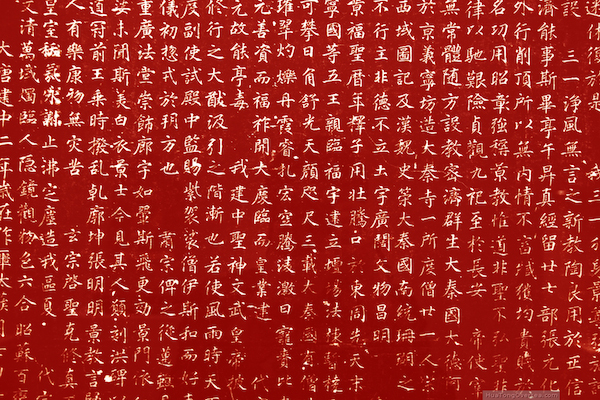