Shanghai is a city of reinvention. The metropolis has transformed over the past two centuries from a regional trading hub to a massive global financial center. Shanghai has become the site where China meets the world, a point of entry for alien goods and customs that transfigure the city into an environment that is neither entirely Chinese nor foreign, but rather a blend of the two. With this growth, millions of people have poured into the city: migrants from within China, hoping to find work that will put their families on firm economic footing, as well as arrivals from around the globe, each pushed or pulled to Shanghai by personal forces. Some seek money; some hope for adventure; others want to escape, to disappear into the crush of people and emerge with a new name and history — and in turn, a new future.

Shanghai, then, is the perfect setting for Amy Tan’s finely drawn new novel, The Valley of Amazement, a book filled with shifting identities and changing fortunes. The protagonist and primary narrator is Violet Minturn, a precocious young girl born to an American woman, Lucia (or Lulu, or Lucretia) and her Chinese lover, the young painter Lu Shing, at the close of the nineteenth century. Violet grows up in a house with two names: to Chinese visitors, it is the House of Lulu Mimi, her mother’s luxurious courtesan house offering the best of Shanghai’s carnal delights, while Western businessmen know it as Hidden Jade Path, a high-end men’s club where they negotiate deals over cards and whiskey. Though Violet is fluent in the languages of both of those names, she is unaware of her half-Chinese parentage until one of the courtesans mocks her and reveals the secret. Once she finds out, Violet immediately turns away from that side of her being, determined to be fully American — even though she has never stepped foot on the shores of the United States.

In 1912, amid the chaos of a revolution that is turning China upside down, Violet’s life is similarly upended. One of Lulu’s paramours kidnaps fourteen-year-old Violet and sells her to another courtesan house. At the same time, he tricks Lulu into returning to San Francisco in search of her son Teddy, her second child with Lu Shing, taken away as a baby by the Lu family. Violet is left to become the courtesan Zizi (Chinese for “Violet”); she must appear Chinese, and with carefully applied makeup and some dye in her hair, she erases her foreignness, turning her back on the mother whom she feels has betrayed her. Magic Gourd, a courtesan past her prime, tutors Violet in the skills she needs to succeed: singing, storytelling, and playing an instrument, all of which are secondary to the ability to manipulate men and charm their wallets open. Teenage Violet falls in and then out of love with Loyalty Fang, the suave and dissolute businessman who purchases her defloration, and seems resigned to her life as a Chinese courtesan.

That is, until she meets Edward Ivory, a tortured American who has fled an unhappy marriage and overbearing parents to seek a new start in Shanghai. Violet and Edward, two lonely people with troubled pasts, find comfort in each other. They have a daughter together and name her Flora. But after Edward dies in the Spanish flu epidemic of 1918, his legal wife arrives from the United States and claims Flora as her own. Violet, now separated from her own daughter as she was from her mother, once again finds herself adrift.

Tan makes a daring structural choice later on in the novel, interrupting Violet’s story four-fifths of the way through to have Lulu/Lucia take a turn as narrator filling in the background that Violet does not know — Lucia and Lu Shing’s meeting in San Francisco in 1897, her decision to follow him to Shanghai, and the collapse of their romance in the face of cross-cultural differences and Lu Shing’s obligation to marry the woman his parents have chosen for him. With the introduction of Lucia’s voice, the fragments of her story come together to reveal a woman who, like her daughter and granddaughter after her, has lived by the maxim, “Resist much, obey little.”

The Valley of Amazement, like Tan’s previous books, focuses on the emotionally fraught relationships and misunderstandings between mothers and daughters. Torn apart by tricks and lies, Lucia, Violet, and Flora struggle to reunite and mend the once-strong bonds that were forcibly ruptured. And in the end, the three women find that they cannot pretend that the past is all past, but instead can only, like so many others in Shanghai, turn to reinvention. 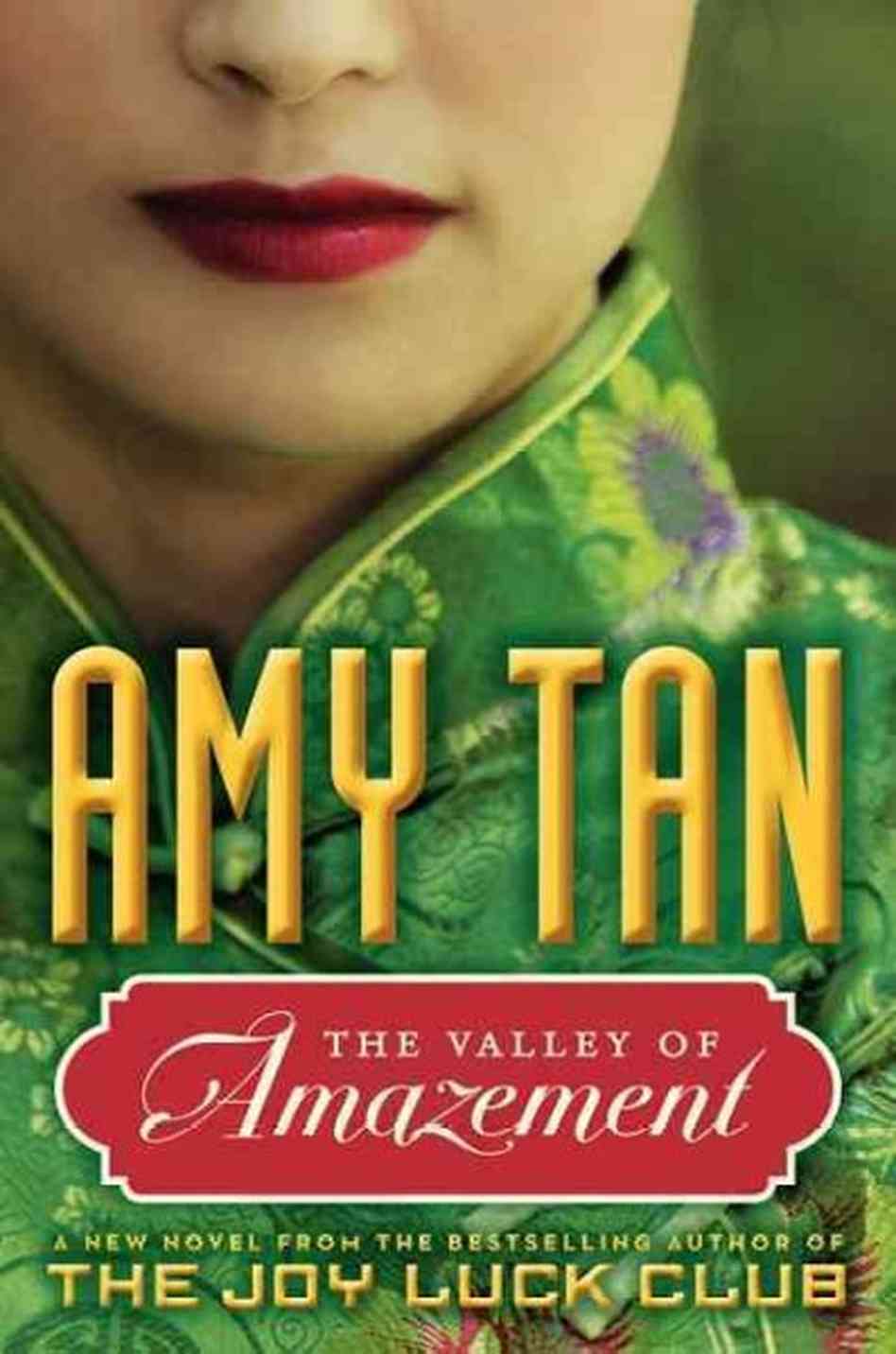