As we near the end of 2018, we’re looking back at some of the pieces we’re proud to have published this year. Here is a list curated around some recurring threads in our work. We hope you enjoy — and if you’re moved to support LARB during our fund drive this December, we welcome your donation, no matter how small, to sustain the operations of our 501(c)(3), keep our publication paywall-free, and increase our capacity to pay our contributors.

Support our fund drive by 12/31 making your tax-deductible donation here, or by spreading the word with a tweet about why you #SupportLARB.

This list was compiled and curated by Paige Parsons.

If LARB has not already convinced you that our city has a vibrant literary scene, these pieces shed light on writers who are deeply embedded in the city’s cultural life. Read about two beloved LA writers: the late food critic Jonathan Gold, and mystery novelist Naomi Hirahara.

As our national politics continued to be a chaotic storm throughout this second year under Trump’s presidency, it has become more and more useful to scale down, to consider democratic politics at the state level. In these two reviews of historical texts, critics consider how our own state has changed over recent decades, and what this history has to say about our broader political futures.

“A Tale of Two States” by Darryl Holter

Running the gambit of popular musical genres, these reviews consider the dialogue between pop music and broader cultural patterns, delving into the relationships of queer aesthetics to radical politics, hip hop to religion, and country music to progressivism.

“Rock of Ages” by Frank Johnson

“The Other Country” by Nick Murray

On Translated Literature, and the Art of Translation

These pieces consider the role of the translator, who is often approaching the impossibility of rendering “untranslatable experiences” across languages, in the words of poet Vickie Vértiz. Each of these pieces— an essay by a translator, a review of a poetry collection, and an interview—all elaborate on the complexity of bringing a text into another linguistic and cultural world.

“The Real Clarice: A Conversation with Magdalena Edwards” by David Shook

“A Perpetual Layering of Language and Meaning: An Interview with Writer and Translator Jenny McPhee” by Nathan Scott McNamara

Here are a few of the good conversations that happened at LARB this year.

“Struggling with a Puzzling Illness, Then Living its Answer: A Conversation with Porochista Khakpour” by Kavita Das

“My Small America: An Interview with Hanif Abdurraqib” by David Breithaupt

And here, listen to a few more good conversations, where LARB editors chat with authors about their lives and work; additionally, listen to an interview with podcaster David Naimon on his conversations with the late Ursula Le Guin.

“‘Would You Have Waited for Me?’ Tayari Jones’s ‘An American Marriage’”

“The Science of Fiction: David Naimon on Ursula Le Guin”

At the beginning of 2018, the #MeToo movement was still new to the public consciousness, having become a viral phenomenon during October 2017. As more stories of sexual abuse across industries came to light, it became important to step back from the outrage to consider the less visible, less headline-worthy ways that sexual abuse affects women’s lives. This year, LARB published a bimonthly column, “Popular Feminism,” exploring different cultural facets of gendered power dynamics; see also, pieces that consider how different literary forms, including comics and YA fiction, make visible the sexual abuse that has become too ordinary in our culture.

“Growing Up and Moving On” by Jilly Pretzel

Given the increasing precarity of the academic profession, coupled with the rising costs of high education, many educators and students are left with difficult questions about their place and purpose within the structure. Here, our writers explore these roles, as well as the messy and painful interpersonal power dynamics that emerge out of it all.

“Whose University Is It Anyway?” by Ron Srigley

“What was Liberal Education?” by Richard Eldridge

“The Apprentice in Theory: Fan, Student, Star” by Catherine Liu and Devan Bailey

On the Press Under Trump

Throughout 2018, much has been said about Trump’s mocking and denigration of the media, as well as on the influence of fake news in national politics. These pieces explore recent writing on the current predicament of American journalism, as seen through the history of the mass media and its relationship to structures of power.

“Can Journalism Be Saved?” by Nicholas Carr

On Taking a Tech Detox

Everyone is so overwhelmed by the way smartphones and social media have come to dominate our daily lives, that even the tech companies responsible have begun to pay lip service to the cause of reducing tech addictions. Here, check out some writing on the way our “attention economy” has made our time itself into currency.

“Delete Your Account: On the Theory of Platform Capitalism” by Leif Weatherby

These three pieces focus on the ways work is changing for different industries and demographic groups in the US: from the banality of white-collar “bullshit jobs” to the labor movements formed by low-wage workers in the face of health violations and job insecurity.

“Is Your Job a Bunch of B.S.?” by John Schneider

On the Big Questions of the Environmental Crisis

In the summer of 2018, California experienced the hottest July in its history. These two reviews, both published this summer, engage with the ways that the effects of global climate change and distributed unequally, across race, class and geography.

“Who is a Beneficiary? You Are” by Christina Lupton

Out of the Archives

Sometimes our old favorite voices come back into public discourse, decades after their time. This year, Zora Neale Hurston’s Barracoon was published, almost a century after its writing, and a James Baldwin novel became a film, in a rare decision to grant film rights by his estate. These LARB pieces engage with the ways old work reenters the world, in all of the possibilities for renewal, manipulation, and retelling.

On Poets and Making Poetry Anew

Here are two reviews of new work by poets that are asking us to rethink what poetry is for; both Anne Boyer’s dense essayistic poetry and Elizabeth Acevedo’s young adult novel-in-verse consider how poetry fits into the world, and how it can be part of a process of resisting the world’s harms.

“Not Unpacking but Seeking” by Kyle Proehl

To end, here are some of the poems to savor, all published this year in the LARB Print Quarterly Journal. 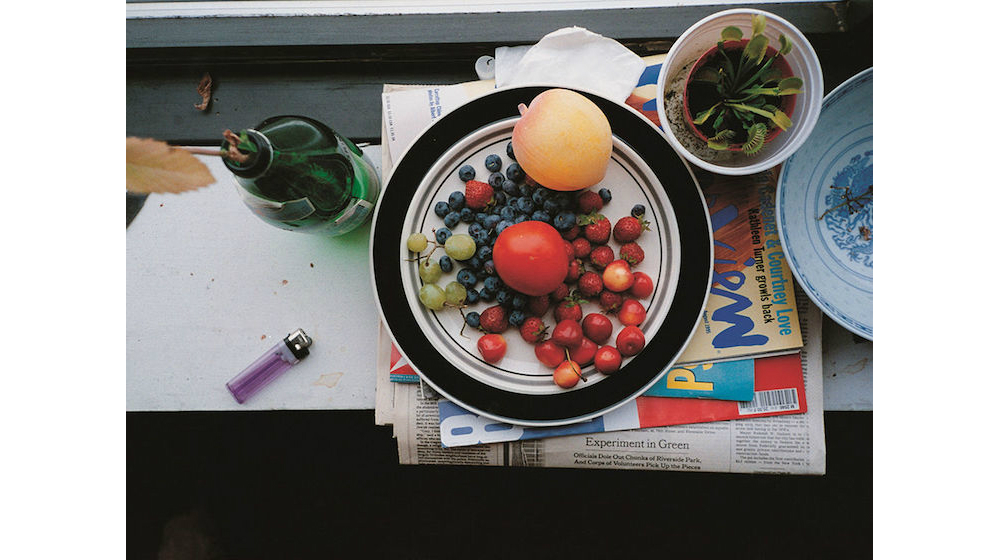