I ride my bike down Friedrichstrasse to the Checkpoint Charlie area to find the United Nations High Commission on Refugees. Originally established by the League of Nations, it was reiterated by the United Nations after World War II, with the idea that it would work hard for a few years to solve the crisis of European refugees after the war. But the need for it during that period was renewed when the Soviets crushed the Hungarian Revolution in 1956. Since then, it’s never been out of commission.

I realize quickly after parking my bike and wandering around a courtyard area on Zimmerstrasse that I’ll have to sneak in the building with some other visitors. I loiter a while, and join a small group that gets buzzed in. Luckily, I’ve donned a button down shirt and sport jacket — my official costume — and look like I might have a reason to walk in with them. But I don’t know what floor the office is on. I walk up five stories and find it. Door locked. On either side of the door is a thick glass wall. I peer in. Standing flags and open office doors. A few attempts at ringing the bell with no results. I wait outside the door for 15 minutes, staring intently through the glass. I can’t see into any of the office spaces, even with the doors open, but I can see the sun coming in from the exterior windows, sending shafts of light through the rooms and out the thresholds. I study the dust motes to see if I can make out any swirling disturbances that would suggest a moving body inside. Nothing. Still as a tomb. 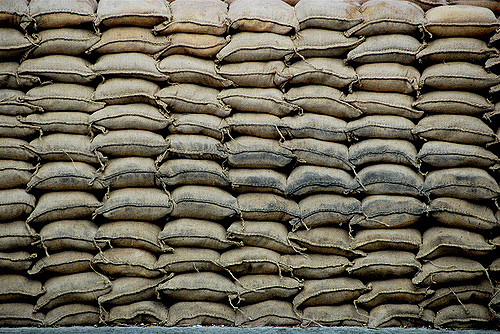