Dinner plans with the English poet, Alistair Noon, and his partner Sabine, who is German. The U-bahn ride is only a few stops, but Berlin-wise a different world from my secret service block — the blue collar district of Wedding (pron. Vedding). Alistair’s directions have me walking through what he calls “a spooky park.” Without any light at all in the park, I find myself walking long stretches beneath rows of thickly foliated trees that block out any ambient illumination. My urban hackles and sixth sense are raised; it’d be a cinch to jump me here. On the other hand, only an idiot would walk through this park and you’d have to be an equal one to wait for him in such deep darkness (a woman would never make the mistake). But I’ve never had a problem in Berlin, and I go pretty much everywhere — it helps, I suppose, to have some size (what I lack in height I make up for in girth). I get through all right, every other step giving me away with clinking beer bottles in tote.

Their flat is modern, small and neat. They’ve just moved in, having re-done the floors — (in Germany, renters are expected to pay for their own renovations; people don’t move around much and they often rent the same flat for decades — thus the inevitable epic wait to secure new digs). I have beaten Alistair home, he is on a beer run. Sabine and I are soon joined by their friend, Malte Fuhrmann, a cultural historian at the Türkisch-Deutsche Universität zu Istanbul, who slowly strips off his cycling rain gear — he is well protected head to toe, a true all-weather Berliner cyclist. Alistair soon follows and within minutes we’re all drinking outstanding Franconian beer. Conversation percolates over lentils, chard, and potatoes. As I find with Lian (and maybe this is a sign of authenticity) Alistair is very much like his poems — satirical, sharply enunciated, urbane, far-reaching in global reference, and fun to listen to. He’s been living in Berlin since before the Mauerfall, and makes his bread as a translator of legal documents (he also has good working command of Russian, and has translated Pushkin and Mandelstam in addition to contemporary German poets such as Monika Rinck).

Sabine teaches German as a second language to refugees — specifically those who have already achieved some kind of official foothold in the society. She describes some of the culture clashes between the values of Western open societies and Eastern notions of propriety, decorum, and social license (e.g. to live an openly gay life; for women to talk directly and freely and to exercise self-determination; to be openly physically affectionate; to express one’s sexuality without fear of reprimand or punishment . . .) Sabine’s class includes a wide range of nationalities, ethnicities, and religions.

There are sometimes tragi-comical episodes, such as building evacuations over forgotten book bags; but also alarming acts of violence against people with different expectations and ideas about how to act in society — different ideas about what society, in fact, in the West, is.

I ask her if the idea of a million Muslims entering Germany gives her cause for concern. No, she says, what scares me are the right-wing extremists in Germany. (I would hear that again and again, the feeling of many Germans that the far right in Germany, and of Germany, is more dangerous than the foreigners entering).

Alistair breaks in. No one should be surprised by the massive movement of refugees across the border, he says, after all, capital has been moving across borders without hindrance for at least a generation or more; it only makes sense that at some point people will move as well. The system, however, is designed to check people while allowing for the free movement of capital. But who creates the capital, he asks rhetorically. Well now the same system is breaking down. And, he adds, for good reason. Malte, whose focus as a scholar is the Ottoman Empire in the 19th & 20th centuries, breaks in with an especially acute reading of the situation. Unfortunately too much beer from Bamberg, Erlangen, Nürnberg have fritzed the synapses, and all I can remember is my impression that he knew more than any of us.

The evening ended with Malte and I walking back through the spooky park, which, with our blood alcohol levels, had been transformed into a foggy midnight pastoralia. I do remember, however, one of Malte’s subspecialties: Ottoman beer production in the 19th century and the transformation of public space. All hail Franconia! (And one of the main regions of entry for refugees in Germany….)

An e-mail from Malte Fuhrmann arrives, responding to my request for his (lost) thoughts about the crisis.

On the one hand, we are all a bit puzzled how differently things are running now compared with the big asylum-seeker influx in the early 90s (destitute people from economically wrecked Soviet block countries plus mostly Bosnian war refugees). Back then the CDU [Christian Democratic Union party, the center right catch-all party in Germany] kind of welcomed the attention towards the refugees, as this distracted from their obviously economically ruinous policy towards Eastern Germany. Also many mainstream intellectuals and the media jumped on the bandwagon. Now, there is this big consensus from the CDU through the mainstream media to not allow for racism, leaving the racist segment of society (which, mind you, is still big) looking for obscure organizations like Pegida and AfD [Alternative for Germany, one of the right-wing populist parties, fairly new]. Whether this or the old strategy is a better long-term solution to keep the right-wing small, I do not know.

Other things which are different: back then buildings with people inside were set on fire, now it is “just” empty buildings. Nowadays Syrian war refugees get asylum status, whereas Bosnians in the 90s only received “Duldung” (status of being tolerated). It made it easier to deport them at short notice and excluded them from education, the job market etc.

Another perspective is of course having lived in Turkey for several years. My friends from Turkey laugh at the fuss Germans make over the arriving refugees, as Turkey has lived with 2 million refugees from Syria throughout the last years. However, Germany offers much more to refugees then Turkey does (welfare, emergency housing, language education etc.), where there are a few mass camps for first arrivals, but many Syrians live in a state of destitution in the streets.  German society is a structurally very conservative one: most people did not really want their lives to change with reunification, and now they also would wish things just to return to normal. However the present dilemma has “possibly shown a split between those that realize that Germany is just a smaller area of Europe/Asia/Africa and cannot ignore if other parts of those continents are at war, live under dictatorships, or in misery. However there is this obstinate lot that still thinks the question is how many refugees Germany thinks “it can handle”, not realizing no one will bother to ask that with their backs against the wall. One immigrant friend (admittedly a Turkish American professor, not refugee) claimed however that while in Germany one occasionally runs into some ignoramus, people are in general more open-minded than in Switzerland, where people seem to generally have the attitude that somehow the system will take care of everybody, and if somebody falls out of the system, it is their individual fault.’ 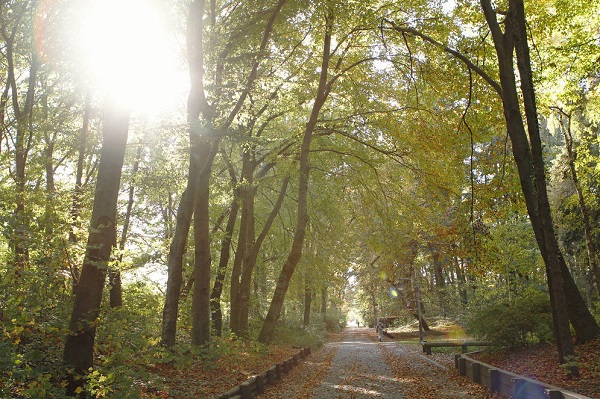