In her essay of 1943, “Wir Flüchtlinge (We Refugees),” Hannah Arendt asks the hard question about how Europe allowed the persecution of its Jews, and the even harder question of how the European Jewish loss of identity — the desire not to be perceived as Jewish — is a kind of self-annihilation that leads, literally, to suicide.

“In the first place,” she writes, “we don’t like to be called ‘refugees.’ We ourselves call each other ‘newcomers’ or ‘immigrants.'” Yes, with the current legal parsing of ‘refugee,’ ‘asylum seeker,’ ‘migrant,’ ‘immigrant,’ it’s all too easy intellectually to contain people within an imposed social category. Is it really possible to see people in their full individual humanity, free of that status? Who can one be outside of one’s relation to others? “We lost our home,” Arendt writes, “which means the familiarity of daily life. We lost our occupation, which means the confidence that we are of some use in this world. We lost our language, which means the naturalness of reactions, the simplicity of gestures, the unaffected expression of feelings. We left our relatives in the Polish ghettos and our best friends have been killed in concentration camps, and that means the rupture of our private lives.”

The condition of statelessness, which, in Arendt’s historical reading, European Jews after World War II internalized and converted into an inauthentic assimilation in whatever country they happened to adopt, lead to a profound existential despair: “we try to put up a front, to hide the facts, to play roles.” This condition is now a global situation, a global diaspora. The particular aspects of that condition, of Jewishness, remain stubbornly Jewish — (“A nice little fairy tale has been invented to describe our behavior; a forlorn émigré dachshund, in his grief, begins to speak: “Once, when I was a St. Bernard . . .’’)

The refugees in Goethe’s cycle of stories, Unterhaltungen deutscher Ausgewanderten (Conversations of German Refugees, 1795), are not Flüchtlinge, not so much fleeing, as migrating — they are migrants, Ausgewanderten–and you can hear the wandering in the word. They are not eternally wandering, but circumstantially on the move, displaced by the French Revolution, changing abodes, as the word migrate indicates. (And you can follow the line of this conceit from Bocaccio’s Decameron to Goethe’s Unterhaltungen to Brecht’s play, Flüchtlingsgespräche (Refugee Dialogues)–finished in 1944, Brecht’s conversations take place in a train station.)   In European lore, the Jews are not given even that uncertain status; they are denied the temporal limits of such movement; they are, rather, the Ewige Juden, “Eternal Jews,” their wandering knowing no bounds, only borders, all foreign. The “Eternal Jew” is forced from a native relation to the land, and into an unending unbound relation to time. The best of what European Jewish culture had to offer the world was born in this double bind of denial and conferral.

There is no need to try to draw equivalences between the Jews of Europe in the 1930’s and 40’s and the Middle East refugees now — for the Jews of Europe then had no homeland to begin with. This difference is all the difference in the world, the difference, you could say, of the difference. Yet Arendt puts forward an understanding also larger than the Jewish situation: “hell is no longer a religious belief or a fantasy, but something real as houses and stones and trees.” For those at Lageso, the houses have been destroyed; the stones they sit on grow cold; the trees they lie beneath are shedding their leaves . . . They are in a different brand of hell, because they know where they’re from.

I receive an e-mail from a friend in Berlin who had offered to introduce me to a Syrian woman she knew. But the woman, once approached, refused. She didn’t want to speak to any writers or anyone from the media about the war or about being a refugee–“there is such a shitstorm about it right now,” my friend writes, and “the media is all over it. She just wants to get on with her life and integrate . . .” 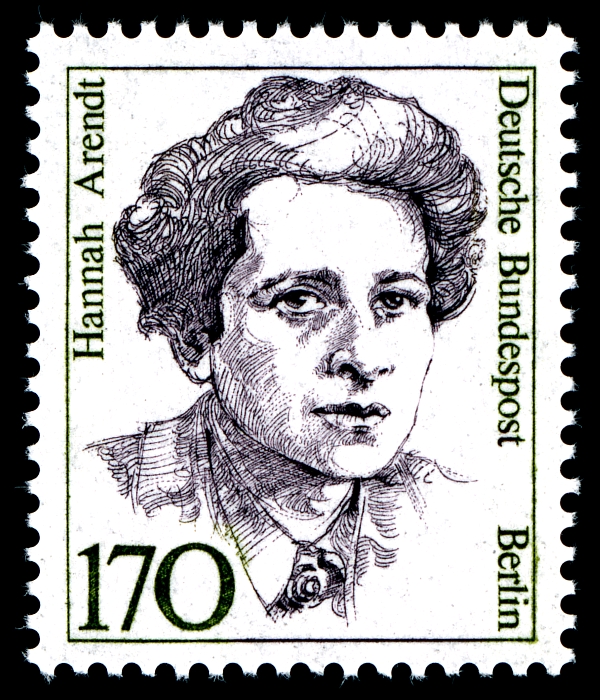