In mid-January, Israeli satirist Shahak Shapira’s project “YOLOCAUST” shivered across social media. Shapira mined Facebook, Instagram, Tinder, and Grindr to collect selfies taken at Berlin’s Memorial to the Murdered Jews of Europe, which he presents along with their original hashtags and “likes.” When the viewer mouses over the pictures, a black-and-white image appears in which the Memorial itself gives way to a historical photograph from the Holocaust, such that the selfie-takers appear as figures in the landscape of genocide to which the Memorial refers. The title refers to YOLO, an acronym popularized by the rapper Drake and common among millennials and centennials, meaning “You Only Live Once” — words Shapira imbues with sarcasm with regard to the selfie-takers at the Memorial, but which are perverse with regard to the victims of the Holocaust. Shapira informs his audience that people can have their picture removed from his site by sending an email to “[email protected]” 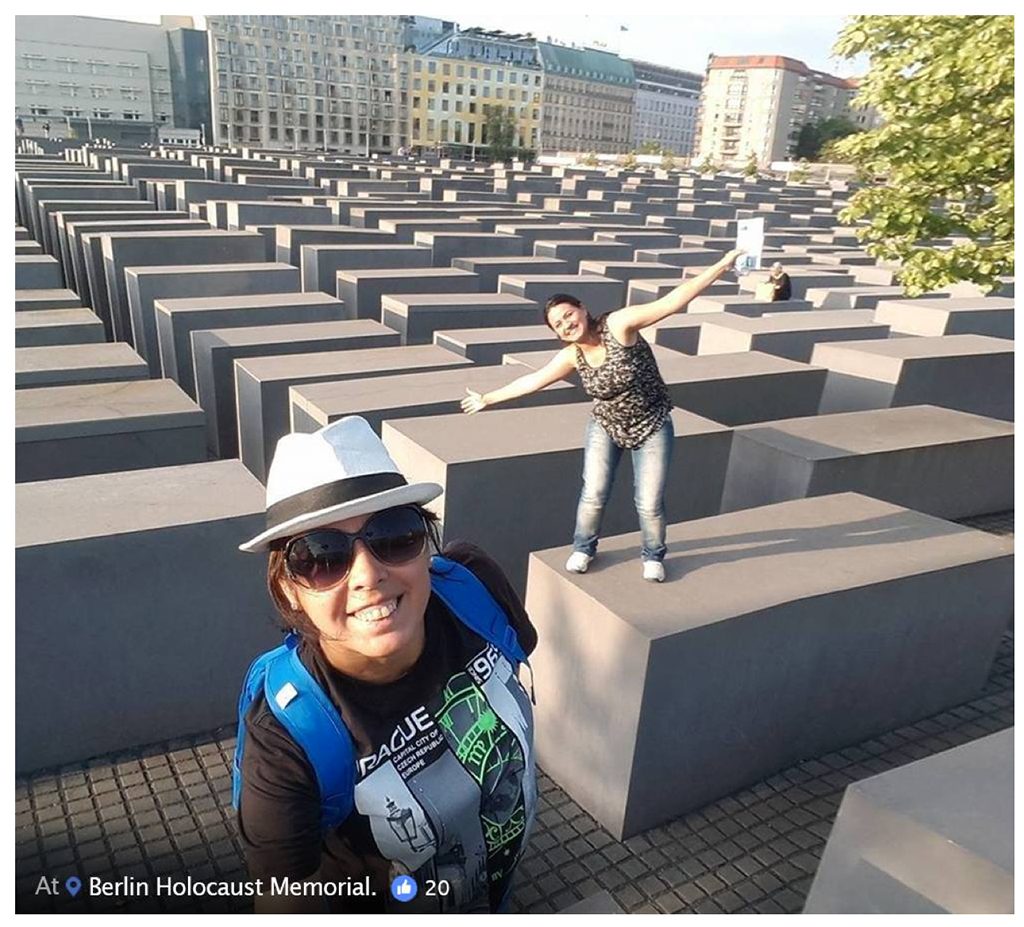 Shapira wasn’t the first to satirize the incongruous selfie. On June 20, 2014, an Alabama teenager by the name of Breanna Mitchell, aka “Princess Breanna,” posted a selfie on Twitter titled “Selfie in Auschwitz Concentration Camp” plus a beaming, smiley emoji. Mitchell is wearing bright pink, with big dangly hoops in her ears and one earbud for her tunes. She has a practiced toothy grin and slight furrow in her forehead. The picture quickly went viral, and then morphed into a meme in which the Alabama teen’s face was grafted atop graphic scenes of war and misery, like Auschwitz, as backdrops for her callow narcissism. In some of these examples, Breanna is ventriloquized as a moronic calamity chaser, as if pioneering the genre of disaster selfie. 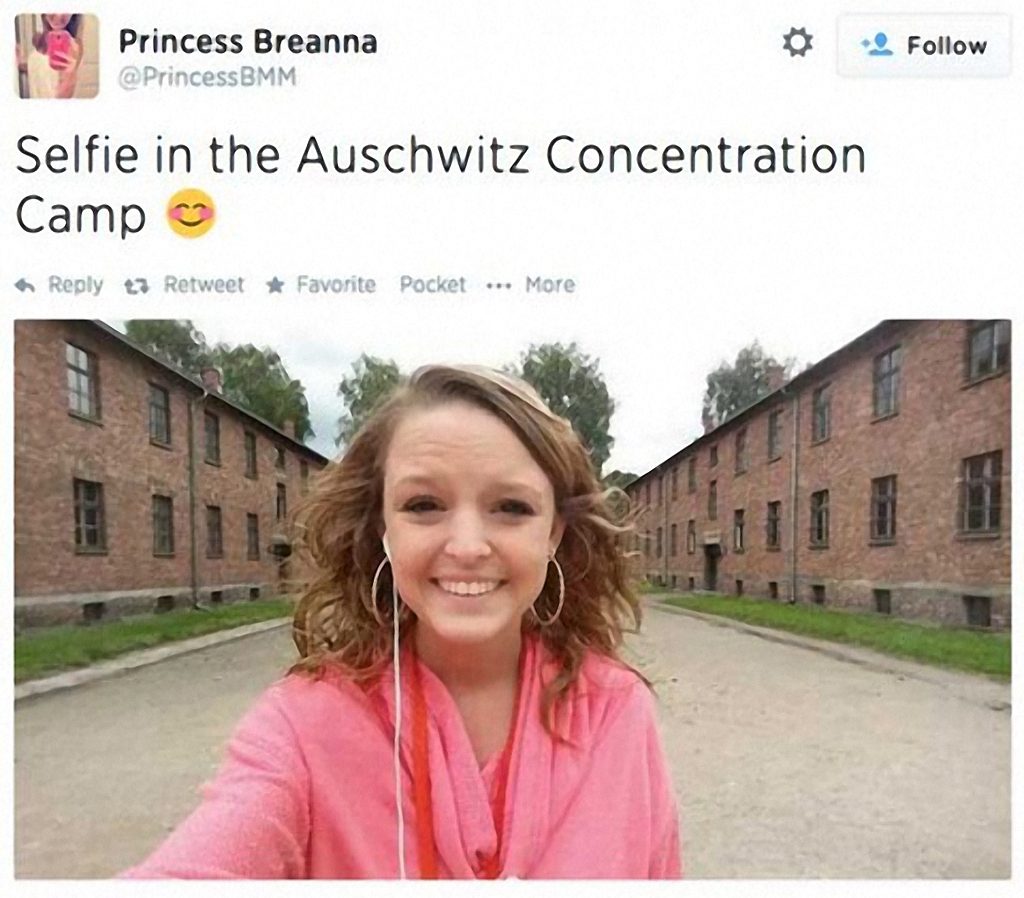 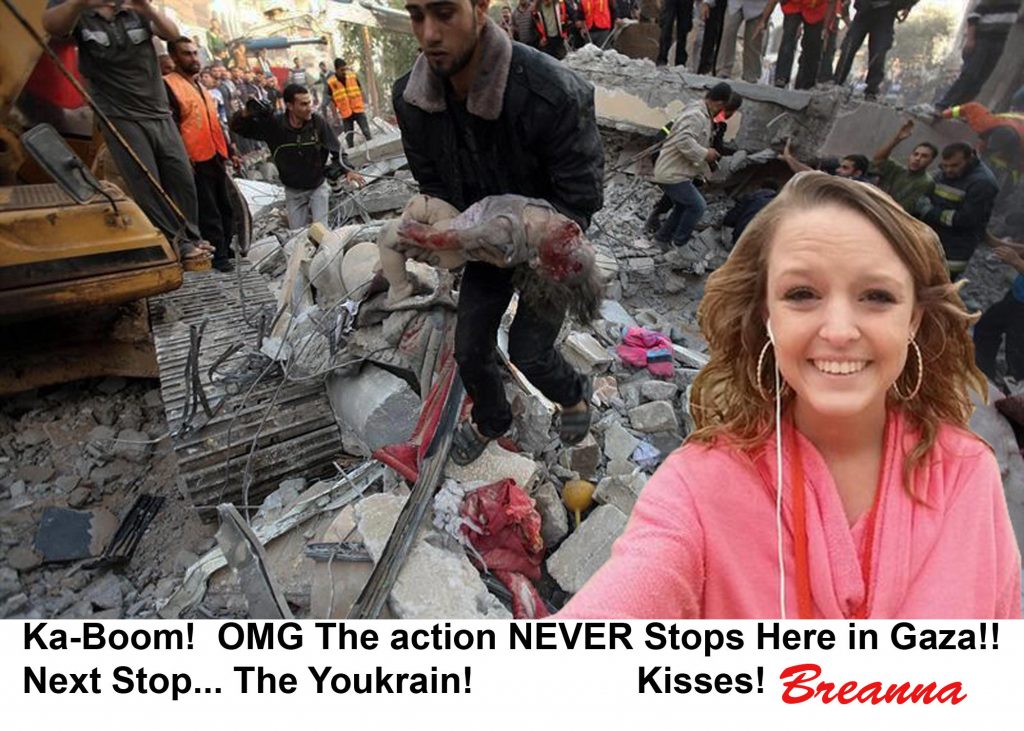 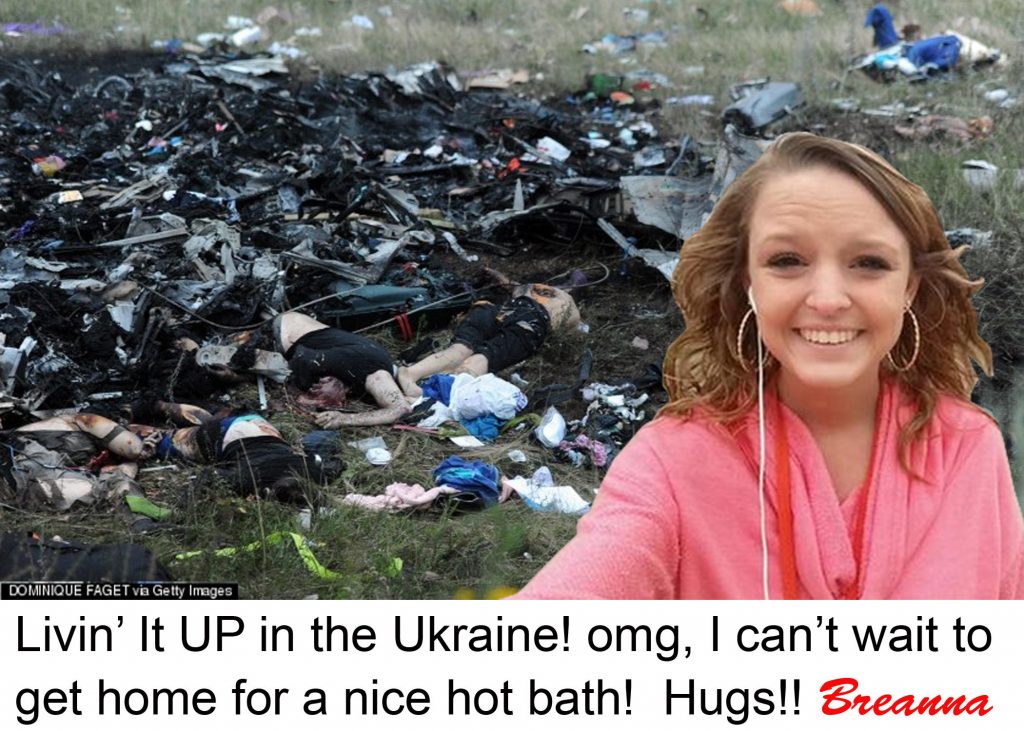 Shapira’s work also touches on the tradition of political photomontage, especially Martha Rosler’s famous series “House Beautiful: Bringing the War Home” (1967-72 and 2003-2008). Rosler’s strategy in this series, of which one example is below, is at once confrontational and understated. She appropriates and splices together seemingly discrepant aspects of American visual culture: pictures from American wars of empire in Vietnam and Iraq, specifically those deemed suitable for popular consumption in major news outlets, and sumptuous advertising photography showing glamorized visions of middle and upper class American domestic spaces. Her particular genius is to combine these types of pictures such that the implicit is made (jarringly, horribly) explicit, and the hidden is brought (abruptly, urgently) into awareness. In a single artistic gesture, she shows consumerism and militarism as one cultural phenomenon, not two, and the mythologies of the American home as umbilically linked to the miseries of innocent people subjected to the US war machine.

Alan Schechner’s 1993 piece “Self-Portrait at Buchenwald: It’s the Real Thing” is an early example of conceptualist digital photomontage, in which Schechner appropriates a photograph made at Buchenwald by U.S. Army Private H. Miller on April 16, 1945, five days after the camp’s liberation — an overtly staged picture with strong dramatic effect. Schechner inserts himself into the historical picture wearing a prisoner-like striped shirt, holding a can of Diet Coke in the picture’s foreground. The can’s lettering appears in red, as does a halo around a point of light that the can “reflects” from the camera’s flash — or perhaps emits as if the Coke were a beacon in the darkness. Intended as a cynical comment on the commodification of the Holocaust, the piece gained notoriety after its inclusion in the controversial 2002 exhibition at the Jewish Museum in New York, “Mirroring Evil: Nazi Imagery/Recent Art.” While some denounced the image as a trivialization and mockery of the Holocaust, others defended it as a provocation urging us to approach visual testimony of atrocity as critically as we should advertising imagery, which is to say as rhetoric and social text — as leading scholars of Holocaust photography have indeed done in the last two decades, including Andrea Liss, Barbie Zelizer, Janina Struk, Marianne Hirsch, and others. With the rise of selfie culture, Schechner’s image acquires another level of provocation, inasmuch as it highlights the ways that we are more easily shocked by an aping of barbarity than by barbarity itself. The make-believe world of a Jewish trickster, appearing dour-faced in ersatz imprisonment at Buchenwald in order to hold forth a Coke as if it were the messiah’s own elixir — has a power to appall more than the world of the newly freed prisoners themselves, whose imploring gazes authenticate but do not confess stories that surely go beyond what the imagination can bear.

The selfie as a type of vernacular photographic practice is just starting to receive serious attention. A recent study from Brigham Young University outlines three kinds of selfie-takers: so-called communicators, whose selfies are made to engage conversation in others; autobiographers, for whom selfies form a kind of visual diary; and self-publicists, who glamorize (read: fetishize) themselves through ritualized selfie-taking. For my part, in the last couple of years I’ve started photographing people taking selfies in public places. I think of it as an empirical study into a particular ceremony of self-imaging, and the range of affect it occasions, from callow self-celebration to earnest self-seeking to mordant self-mockery. Or to put it differently, if we need to categorize selfies, the Brigham Young categories seem reasonable enough, insofar as we accept that many selfies might partake of two or even all three categories simultaneously. 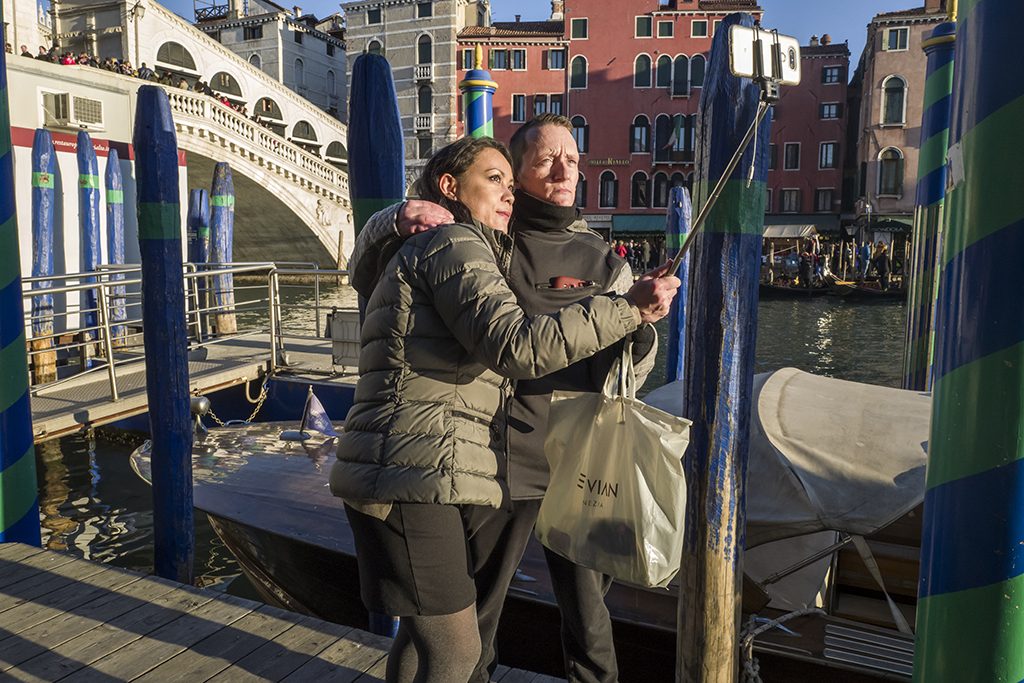 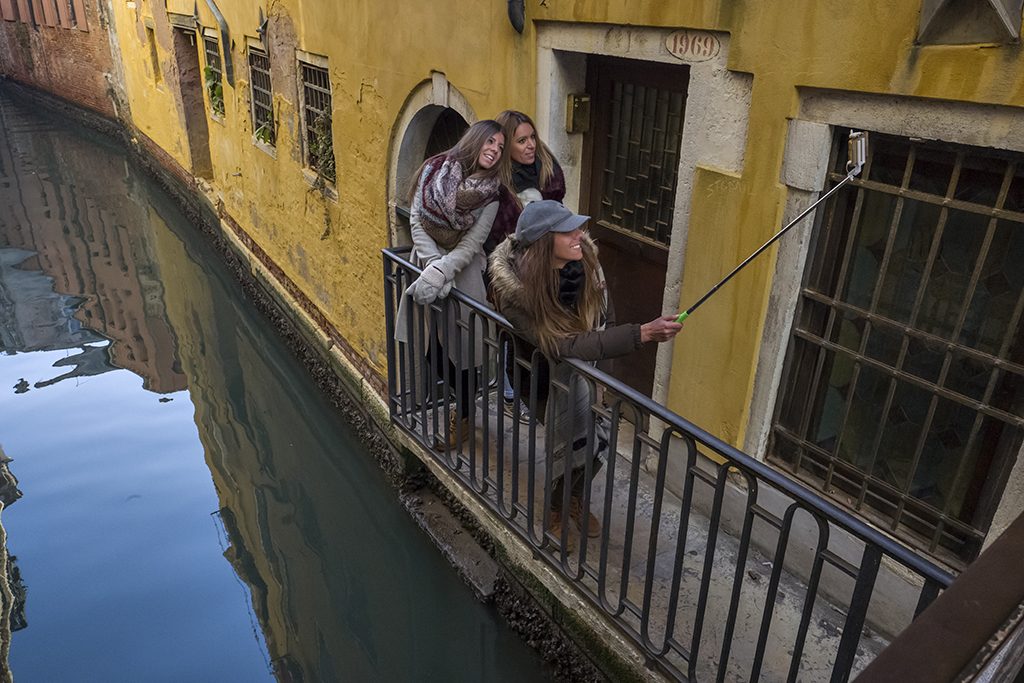 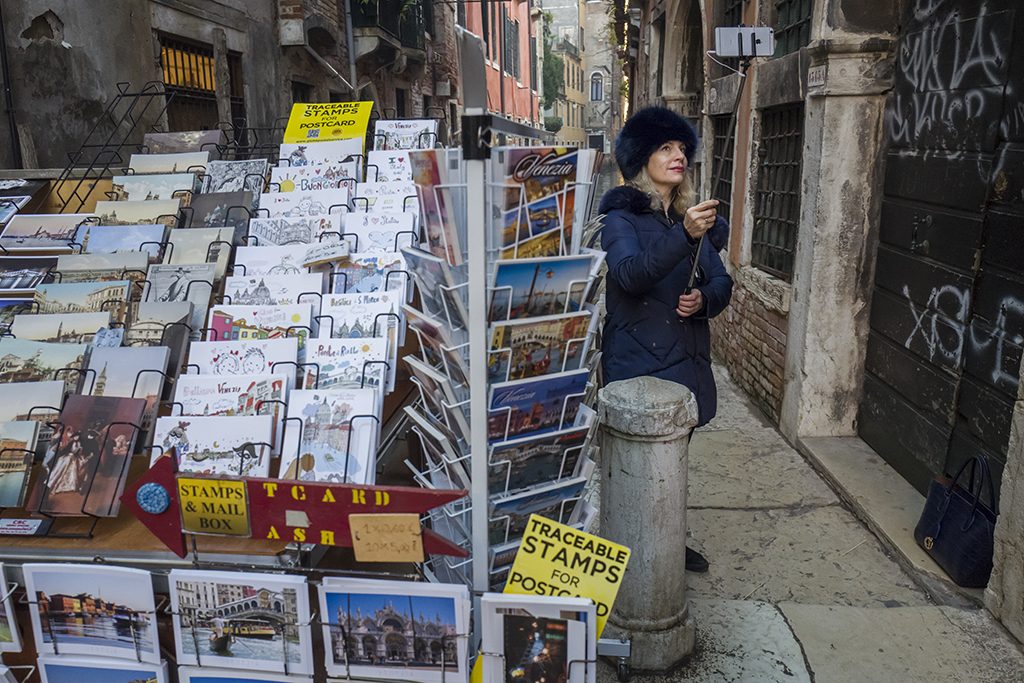 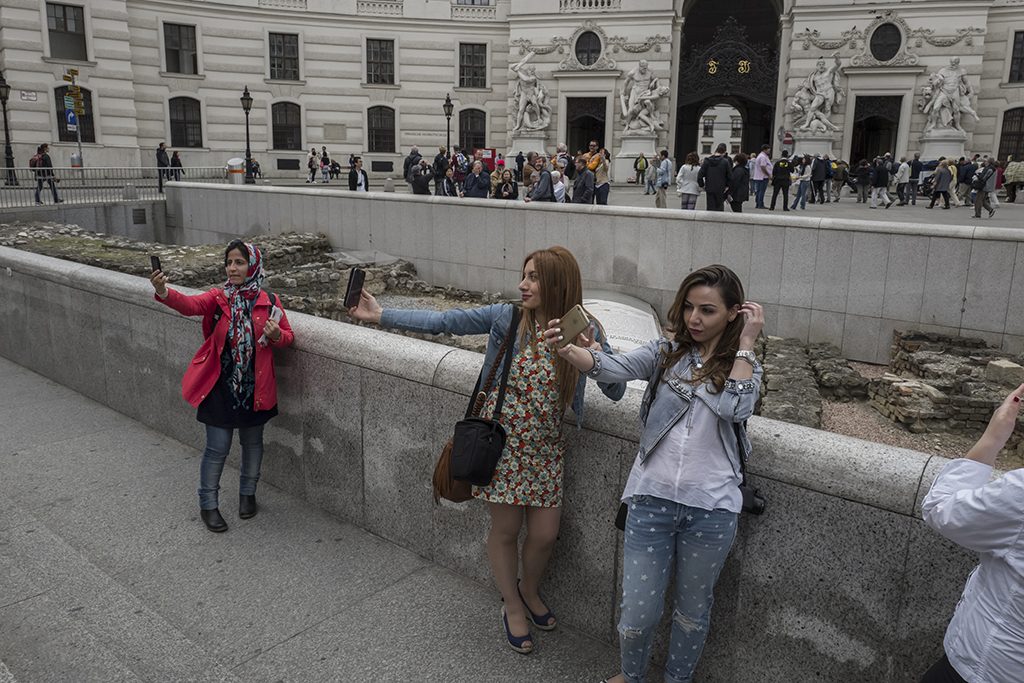 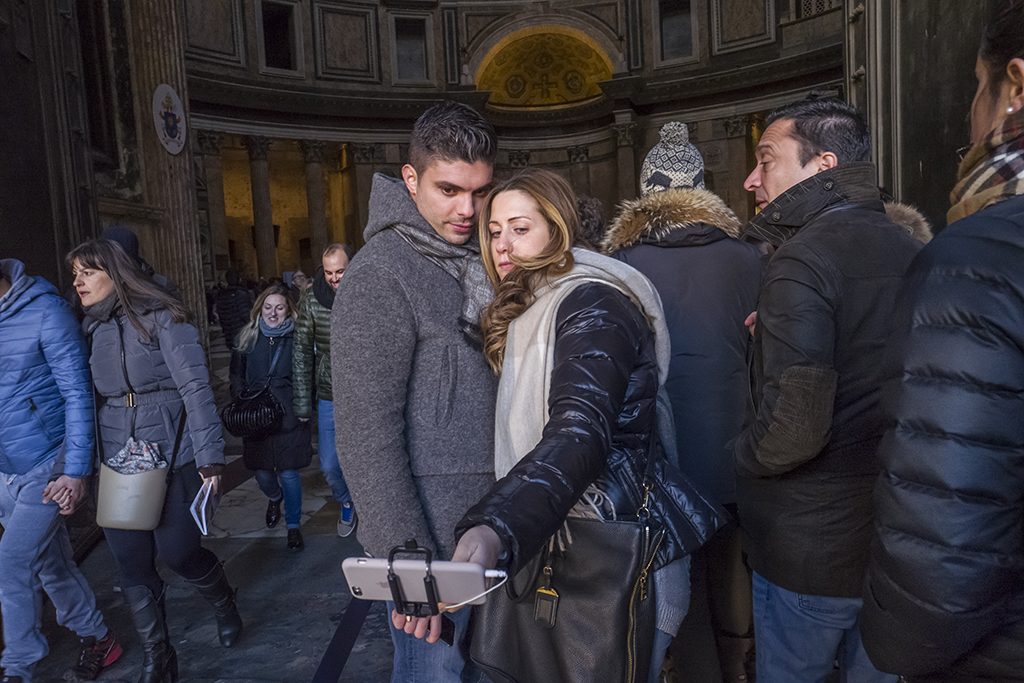 Of course the selfie sits in a long lineage of vernacular photography, in which the urge to self-visualize before monuments and vistas and attractions operated just as intensively, though through different performative mechanisms. What’s changed — and what Shapira’s commentary trades on — is the selfies’ unique performativity, the standardization of that performance, and these images’ wide and instantaneous distribution and consumption, and perhaps preservation, even as it isn’t at all clear what preservation means in the warp of online expectations.

Shapira’s key move is to show the discrepancy between self-consciousness and self-comprehension in the selfie-taking act. His selfie-takers are acutely self-conscious, and do not comprehend their own actions.

If what Shapira wants is blame, the Memorial itself deserves as much as the selfie-takers. Opened in 2005, the Memorial sits in the very heart of the German capital, a short distance from the Brandenberg Gate and within sight of the Reichstag, on what had formerly been the no-man’s land between East and West Berlin. Based on a design by the American architect Peter Eisenman, and retaining most of an earlier design by the American sculptor Richard Serra, the Memorial consists of 2,711 slate gray, rectangular concrete stelae laid out in a grid pattern. Aesthetically, the point of departure is Minimalism, i.e. the conceit that the installation should commemorate while remaining — indeed, by remaining, as Eisenman has repeatedly insisted — free of symbolism. The Memorial is not meant to work by soliciting metaphors from us, for example that the grid stands for the deliberateness and systemization of Nazi genocide, that the grey color stands for ash or for the anonymity of the victims, or that the stelae stand for tombstones like those in abandoned Jewish cemeteries across Europe. On the contrary, the Memorial is a metaphoric blank. It is not at all clear, at least to me, how a work that purportedly transcends both materiality and symbolism is appropriate for a memorial to genocide. Can we really mourn without metaphor? If a block of concrete is just a block of concrete, representing nothing, how does it help cultivate the emotional education necessary to remember genocidal loss? It is hard not to see the stelae alone as something other than a weighty cop out. (I do think, though, that the Memorial is redeemed by the excellent information center underneath the complex — which is another story.)

Given the Memorial’s flaws, is it any wonder that the instinctive response of children and many adults is to treat the Memorial as a site for play? And is it obvious what play means at such a site? Is it clear, for example, that the urge to goof, to jump, and to ham for a camera is evidence of mindlessness, shallowness, insipidness of heart? Might it be that the Memorial’s own flaws frustrate and effectively disable the urge to mourn? Could the selfie express a certain kind of self-reckoning in a place of consequence, if one that the taker is not at that moment prepared to handle, which she and he will perhaps grow into in later years — chagrin and all?

Shapira’s project exhibits a tone of self-righteousness, or what I might call Jewish provincialism. It is a presumption not only that the selfie-takers aren’t themselves Jews, but that he, as an Israeli, enjoys a certain moral authority when it comes to the Holocaust. I wonder what Shapira would make, for example, of the annual March of the Living at Oświęcim, Poland, which I attended in April 2014. In walking from the Auschwitz I complex to Birkenau, many thousands of participants from all over the world, overwhelmingly Jewish, photographed continuously — the site itself, especially the infamous guard tower and the railroad tracks, the crowd and the program of events, and themselves. Though made without selfie sticks (which appeared just a few months later, in the summer of 2014, as I recall) the pictures are of a type with selfies taken at the Berlin Memorial or in Venice or Vienna or anywhere else: the positive self-presentation, the self-affirmation shading into self-admiration, the compulsive smiles. 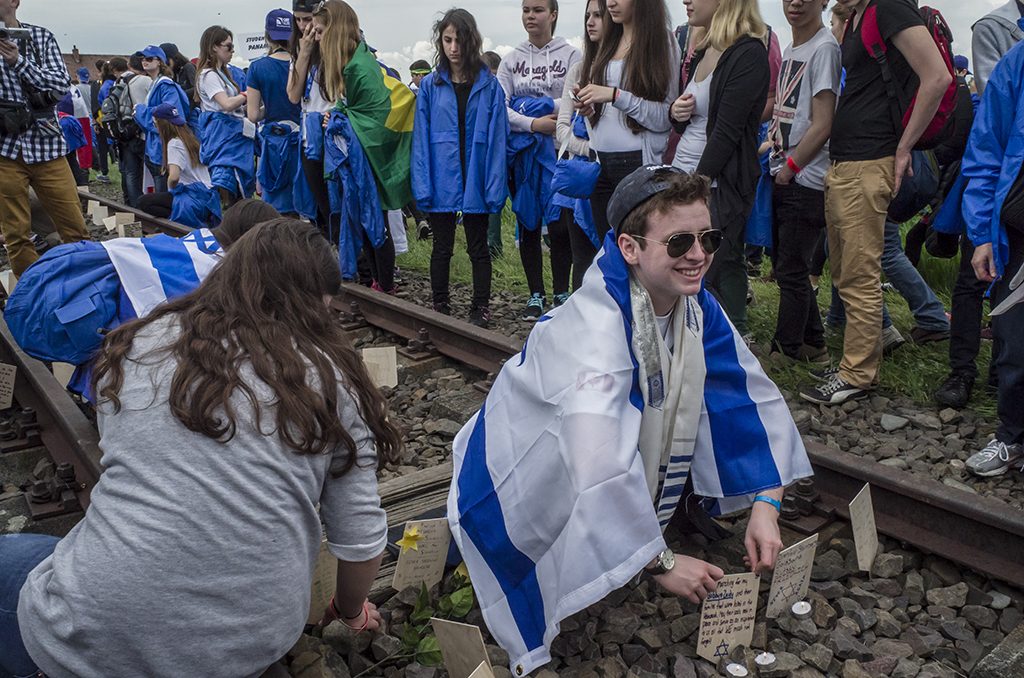 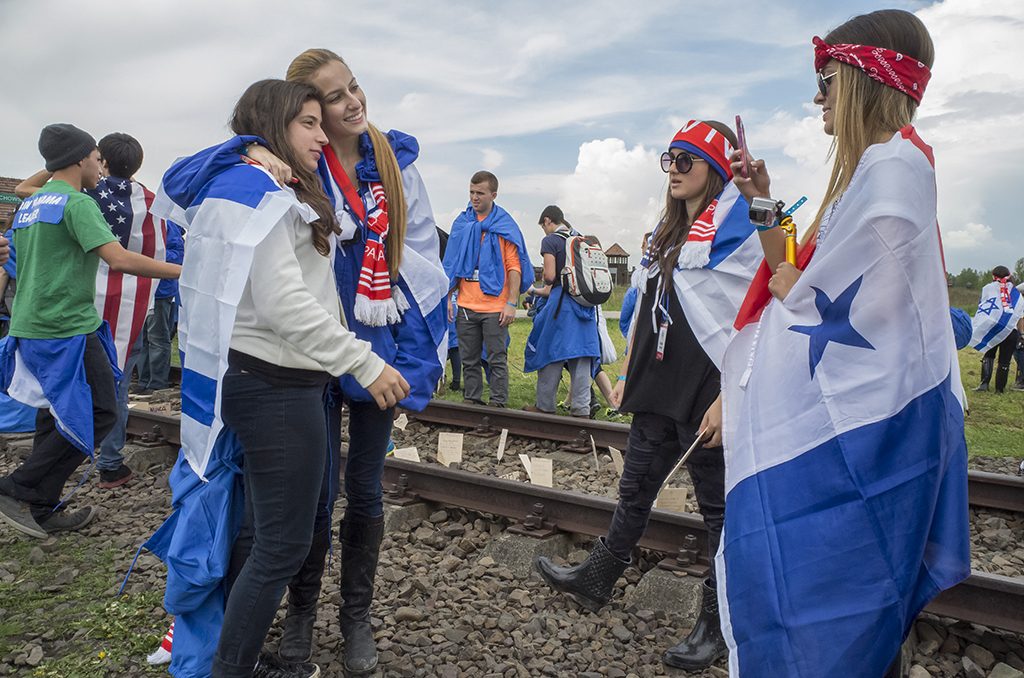 The selfie deserves to be understood in the context of its making. At the March of the Living, the mood was strange and complex — a mixture of heavy-hearted remembrance, Zionist triumphalism, and touristic fetishism — and the selfie-taking responded to each of these simultaneously. Likewise, at the Berlin Memorial, I have seen a range of behaviors, and not only venal ones. I ask Shapira: is it really so clear just how “responsible” remembrance should be expressed? Does a mourner never smile? And if so, why should the burdens of unsmiling mourning end at the boundary of the Memorial? Does the person who “properly” sees the Memorial then regard the whole city as ashen stelae, and transform all of formerly occupied Europe into Holocaustland? Certainly some would say yes; but I think the deeper mourning is the kind that does not flatten life for the sake of an awareness of death, and that neither colonizes the present with the past nor the past with the present. In that type of mourning, the casual is not the enemy of the morally serious, and a smile is not an inability to weep. 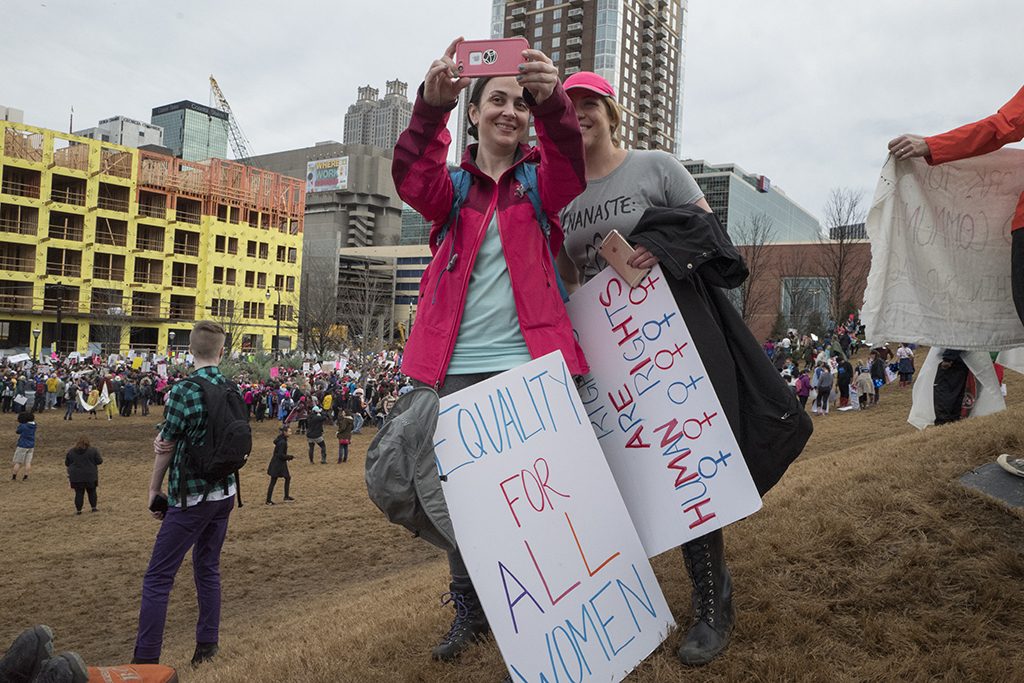 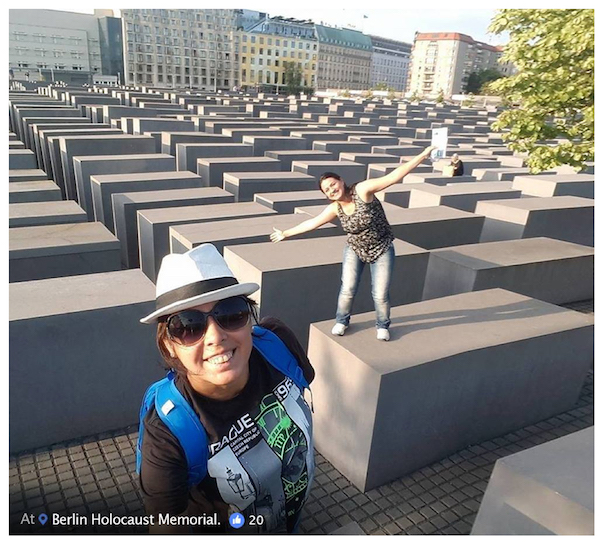