Los Angeles has long played the role of the odd cousin to the established art world. Too Hollywood, too young, no collectors, too spread out: all of these detrimental to a city that, ironically, has been where people from all over the world come to make their creative dreams come true. But February 14–17, the London-based Frieze Art Fair hosted its inaugural Frieze Los Angeles at Paramount Studios hoping to achieve what other art international fairs in Los Angeles have failed to do: stick around.

Los Angeles has long been a draw to countless creatives and artists, but it has a history of not being taken seriously as a major player in the institutional art world. There is a myth that Los Angeles is a city where art is made, then it is consumed in New York. But there has always been a strong art scene — it’s just a different perspective than other major art cities. Institutions like LACMA and MOCA have understood this innate fact, especially in recent years. Los Angeles is a different audience, showcased in 2011 during the great art narrative that was Pacific Standard Time, a collaborative collection of exhibitions for Southern California artists put together by the Getty Foundation. Since then, it seems as though Los Angeles is happy to celebrate and re-contextualize its long-standing art scene. But it’s the city’s overwhelming tie to the film industry that has long meant the art establishment doesn’t take it seriously. It’s important to note, too, that one of the owners of Frieze is Ari Emmanuel, the co-CEO of WME, one the largest talent agencies in Hollywood. Is the man who inspired Ari Gold one of the driving forces to shift years of art world bias? The simple answer is: yes.

When viewed through this historical context, the most intriguing thing about the Fair is its location at Paramount Studios. As long as there have been moving pictures, there has been an art salon to look down on them. It’s low art — pop — whereas the institution is high, real art; it’s the number one classic narrative of cultural capital! Frieze really sees the irony and the conversation this location inherently creates: Hollywood and its history; Hollywood as a form of visual culture; site-specific works engaging with the fantasy of the location; the New York backlot being taken over by the art community; and, most ironically, the fact that the Los Angeles art fair is on Paramount Studios’ New York City backlot.

To a point though, this perspective and narrative is reductive. It discounts the fact that artists and galleries outside of the entertainment industry are very much part of the fabric of the city. So, why has no major international art fair had staying power? According to some art world experts, it’s because art fairs exist to sell art. And Los Angeles’s real problem with penetrating the old guard is that there are no real high-profile collectors to make the art fair system viable.

So why now? Why is Frieze giving it a go? In recent years, Los Angeles’s contemporary art world has been growing in terms of notable institutions and galleries, like international arrivals Sprüth Magers and Hauser & Wirth, and the opening of The Broad and the Marciano Art Foundation.

“Los Angeles has been on the up-and-up of the arts scene for quite some time,” explained local art professional Roxie Sarhangi. “The inaugural edition of Frieze in Los Angeles offered the city a wonderful international moment. It was a sold-out event which shows how significant it was timing wise. The fair only continued the narrative of Los Angeles as a key cultural and art city.”

Frieze has come now because they believe Los Angeles can attract people to the fair in a holistic sense: local and beyond.

“The quality of curators and collectors walking through was impressive,” described Kevin Scholl, director of Susanne Vielmetter Los Angeles Projects. “And every client I spoke to was impressed by the art presented.”

Walking around the Fair, there was a peculiar dichotomy. Upon entering the gallery space, it felt as though I could have been standing in any art fair around the world: there was a good showing of international contemporary art, with many of the big players like Gagosian and the White Cube centered in the space. Navigating the area, I asked a number of gallerists if the Fair’s location in Los Angeles influenced what they brought. The answer was always no. The fact that it felt like any other fair inside the gallery space was generally seen as a positive. Why shouldn’t Frieze Los Angeles feel the same as London’s or New York’s? The perspective was overwhelmingly that Los Angeles shouldn’t be different. With this approach, the Fair seems like just another outpost of the international arts community.

There were also 10 “young” LA galleries — 10 years or younger — on either side of the space. These galleries were one hint of difference, though you might not have known at first glance. This community connection offered a chance for local galleries to craft new relationships with the international community descending on the city. One of these featured galleries was The Pit.

“I think it’s a good thing for galleries that will be introduced to a wider group of collectors from other parts of the world,” explained Adam Miller, owner and director of the Glendale-based gallery. “I think Frieze’s success will probably mean that more smaller art fairs will come to Los Angeles. I hope in turn it will help the overall economy for galleries in Los Angeles as more fairs and collectors come here. Hopefully that will mean more galleries will open up and the scene will continue to expand.”

For Miller, the fair was a success to participate in, and he believes the Fair “has shifted the way that the people are viewing the business side of the LA art world. Meaning, I think LA artists have been on the map and talked about on an international level for many years, but outside collectors often only visited a small number of galleries when they would come to Los Angeles. I think that Frieze has done a great job of introducing new galleries and encouraging visitors to get out to other parts of Los Angeles to visit spaces that they haven’t in the past, and in turn create new relationships.”

But it was engineered not only to attract collectors: the organizers dove into this endeavor with every intention of creating an artistic celebration.

Outside the gallery space, and well into the Paramount backlot, the Fair became a mix of installation, performance, and site-specific works all tied together through the façade of cinema. New York-style storefronts and brownstones became spaces for art and branded bars and restaurants. MLK High School offered itself as a space for Karon Davis’ installation “Game.” An entire building was taken over by a neon green a serpentine creature in Trulee Hall’s “Infestation.” At one point, I walked into an empty, unfinished room to find a performance that involved two art sellers improvising a work together on behalf of their artist, staring right at the audience, daring them to engage and question. A giant ketchup bottle by Paul McCarthy towered as high as the buildings. It was surreal, and, well … fair-like in the truest sense of the word. Elsewhere on the lot were conversations on patronage and talks between artists, as well as a series of films. Off-site and across the city, music performances and other public programming events were held, all seemingly centralized around the Paramount location. The Frieze projects and programming created a sense of playfulness that was also engulfing, driving conversations about fabricated reality, site-specific art, urban exploration, and cinema. It was trendy on the surface, but on deeper introspection, forced one to think about space — how art engages and has the power to affect it.

Now, Frieze has come and gone. There’s been a return to normalcy in the city: a quick transition to preparing for the Oscars, and then reeling from their fallout. But one particular talk hosted at Frieze brought up the real battle for Los Angeles. Rafa Esparsa and Ron Athey — Southern Californian performance artists whose works represent their queer identity and their relationship to the world around them — discussed how they approach their work. At the end of the conversation, someone asked about cost of living. The mood turned dour. High living costs, they explained, expose a problem that not only affects the art world but also Los Angeles at large. Artists have always been making art here, but with housing becoming increasingly less affordable, how can LA artists — and the world around them — thrive?

Frieze’s success stems from the fact that it gave into the spectacle of Los Angeles, creating a time and space for programming across the creative spectrum that was uniquely Los Angeles. Frieze proved that in this city a fair can’t simply sell art. It needs to engage the public through multiple channels.

“You could feel the excitement from collectors, curators, and dealers,” explained Kevin Scholl. “Rain didn’t stop anyone from showing up on opening day, and that level of energy carried through the weekend!” He went on to explain that the event “further solidifies Los Angeles as a fine arts destination.”

In the end, Frieze Los Angeles proved that maybe — just maybe — the international arts community has finally accepted Los Angeles for its differences and acknowledged its similarities. 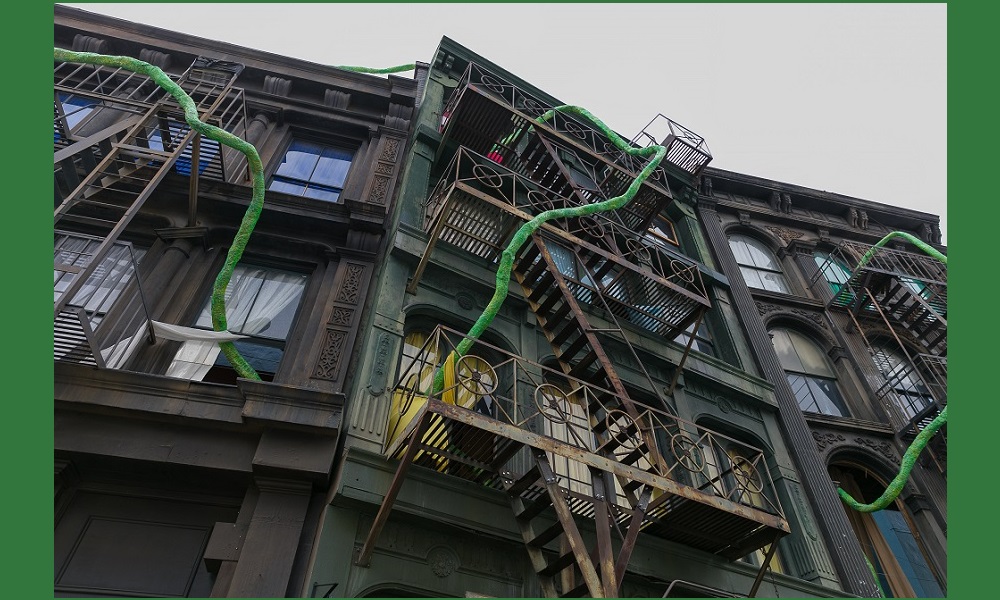