Attending graduation, with all its traditional pomp and regalia, is a ritual I enjoy as a university professor. This year, I had the good fortune to celebrate more graduates from my department than ever before. Exciting as this was, there was another, smaller, graduation celebration that stands out in my mind. In June, together with three students who also graduated with BAs this year, I hosted a graduation at the prison in Chino for 11 students who completed the Yearlong Certificate in Art and Creative writing. These graduates did not receive a university diploma or celebrate their day with caps and gowns, dinners out, or even balloons and streamers. They walked across a makeshift concrete stage in prison-issue blues to receive their certificates. Those assembled to support them — teaching artists, volunteers, prison staff, and a precious few family members — sat together with the graduates in plastic chairs clustered under a metal awning in the visiting yard. Despite the humble surroundings, the celebration was as festive as any, and all the more laudatory for the effort that these men had put forward to complete this achievement. 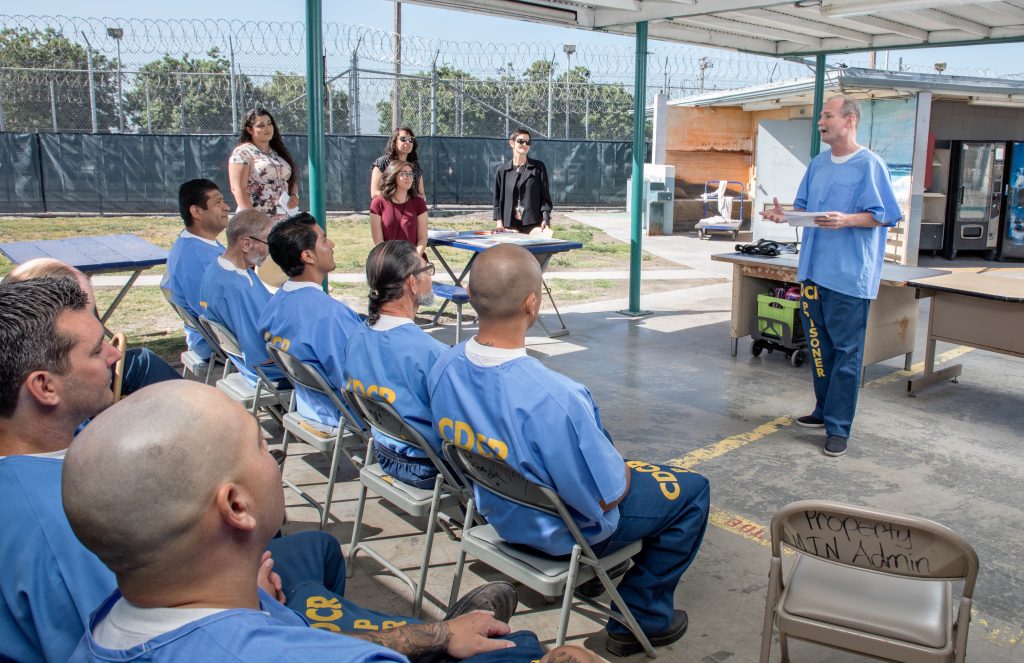 They attended weekly classes, researched artists, discussed art, and developed a body of work. I observed many go from painting beautifully rendered representations of images from magazines to applying these skills to creating original works that express their experience — in memory of the present. I listened as they shared thoughts on one another’s artwork and discussed their progress, checked course listings, and tackled a written essay exam, some for the first time in their lives. We had anticipated this celebration day for a long time. Like anything that goes on in a prison, it required far more planning than the event might suggest. And it was worth it. 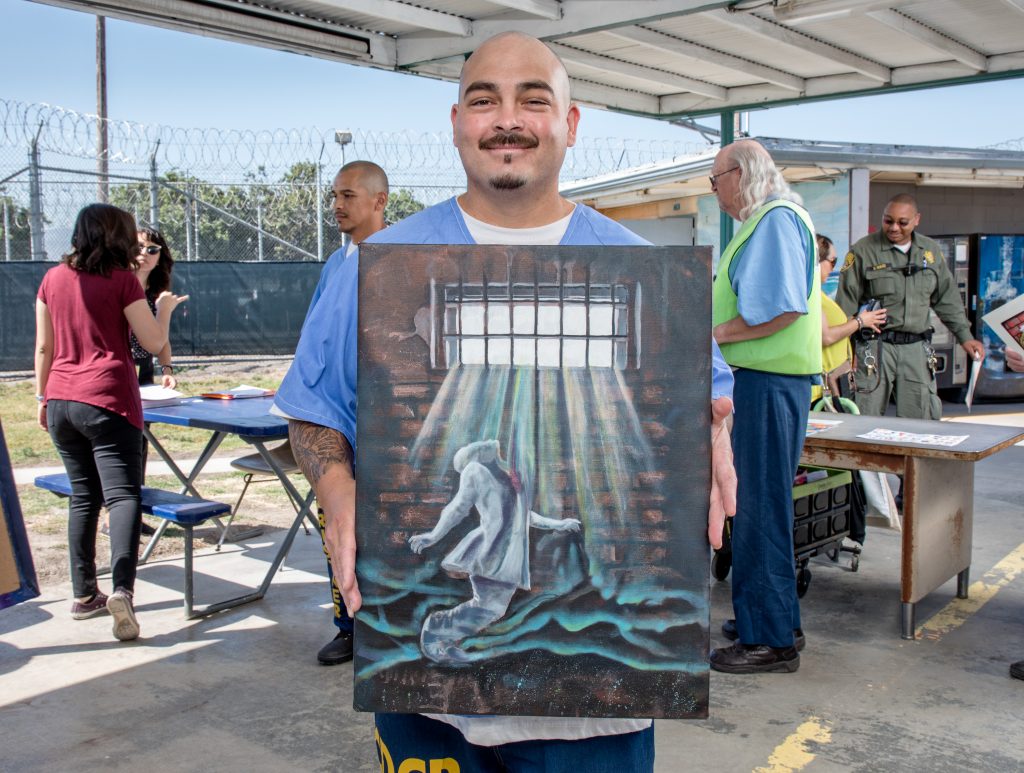 Since we began teaching art at this prison in 2013, we have offered dozens of 10-week classes and given out hundreds of certificates of their completion. This more comprehensive program was part of our attempt to move closer towards the possibility of offering credit-bearing courses. It was set up similarly to a college major, but on a smaller scale. Those that chose to enroll were given a listing of six required 10-week courses. In addition, they were asked to complete a portfolio of new artwork and a written content exam in which they interpreted three different kinds of art, two from the textbooks and one by a peer, using vocabulary of the discipline to express their ideas. Like a university program, we offered faculty mentors to support the students in the process of completing the courses and written exam.

Since we had been talking about offering a program like this for some time now, I figured that everyone in our art program on this yard, approximately 100 men per term, would sign up. But when we first announced the certificate program, to my surprise, less than 30 signed up. The rest remained in the art classes, taking one or two courses each term, but did not opt to commit to the yearlong certificate — though nearly all could have completed it in the same timeframe as the classes they took. Eventually we had 32 enrolled, and 12 completed the program.

During our first faculty visit, I noticed a new level of anxiety among those who signed up. Many expressed concern about how they would finish, if they had the correct classes, and whether they would be able to succeed in a written exam. We did our best to support them, ensuring that the courses they needed were offered and giving writing tips. Yet fewer than half of them completed the program this year. Though the others will continue, I was still surprised that so few felt ready to enroll and that even fewer completed the requirements in the time allotted. While this discrepancy made me more impressed than ever with the 12 graduates, it also gave me pause. 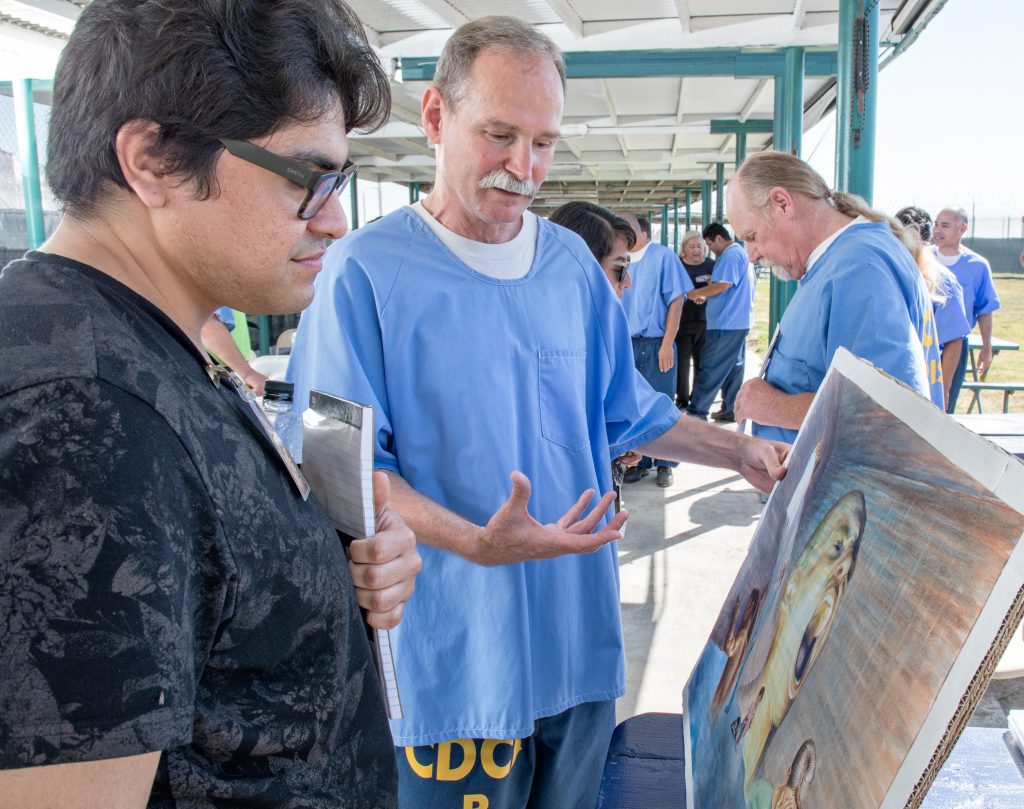 I consider the many circumstances that can lead up to a life that results in incarceration — crime, yes, but also poverty, addiction, lack of healthy role models, a grossly imbalanced and underfunded education system, and many more. I know about these contexts, statistically, but to see them play out in this subtle but distinct way was profound. It reminded me of the often silent but vital messages given to each of us by our families, communities, societies, and the many circles or “worlds” in which we live. Too often, and sometimes without awareness, there is an assumption that we understand one or another of these worlds without the proper context or experience. Much as we loathe to admit it, there are youth in some contexts that society does not expect to succeed or thrive in significant ways, youth in neighborhoods and communities that are not only parallel to, but embedded in, those in which children are given everything. These latter children are told, literally, but also in a thousand ways figuratively, that they can and will succeed. Granted, this message has its own sort of pressured challenge, but that cannot equate to or replace the yawning chasm between this experience of belief and fulfillment and that of a child who is told by society, sometimes literally and in a thousand ways figuratively, that she or he does not have what it takes to succeed, that achievement of the kind that the child in the first case takes for granted is not even suggested or, sometimes, imagined. All of this might seem far afield of looking at whether or not a group of men in prison signed up for a more involved art course, but I don’t think it is; rather, I think the majority choice for the single class is a symptom and a marker of some of the issues at the core of the age of mass incarceration.

This brings us back to our 12 graduates, and, more specifically, the 11 that showed up to receive their certificates on that celebration day. One of the graduates was key to the art program getting started at this prison; he taught his peers before we came to teach here and has taught alongside our team from the start. Two more evolved into Peer Leaders, helping our teaching team and often co-teaching classes. Nearly all of these men had been in the program for the past four years and thus had already received certificates of completion for various 10-week classes. Was it that being in the program had encouraged them to try for more, allowed them to believe they could do it? Or was it that they had an inherent sense of possibility, and so signed up for the program at all? Of course any generalization is necessarily false in some way and the reasons and experiences of each one are as varied as the individual men that participated, as unique as the art they shared with guests that day, proudly laid out on tables in the hot summer sun. 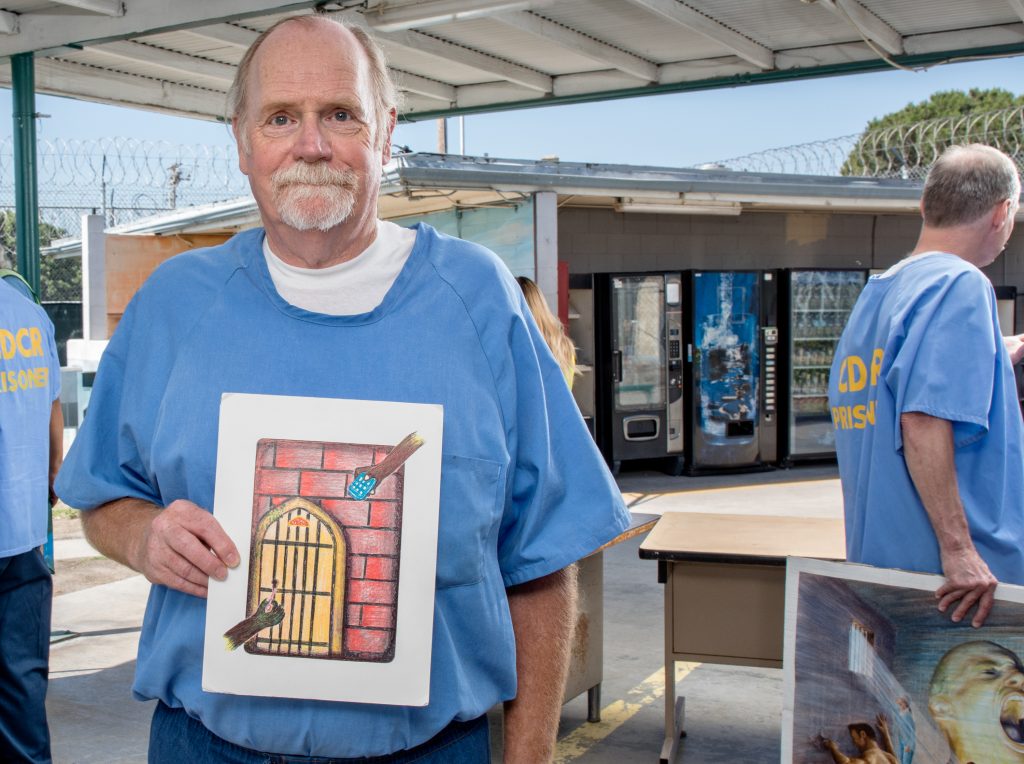 But one of the 12 did not show up to receive his certificate. At first, I felt terrible, considering how hard they had all worked to get to this point. Why wasn’t he there? Was he okay? I heard various reasons, as tends to happen in a prison, but none of them seemed to stick. “He didn’t hear the call.” “The men were leaving and he wasn’t ready yet.” “He was sick.”

After the ceremony, we headed back to the gym where we held classes and I saw him. “Are you okay? We missed you!” I said. He looked shyly at the ground and muffled an excuse about not being able to make it. He didn’t seem upset, as I thought he would be, and I had to reevaluate my perspective. I don’t think it was that he didn’t care — he seemed genuinely pleased to have completed the program — but I got the sense that the ceremony, as low-key as it was, was too much for him. He was ready, as many had not been, to commit to and complete a challenging program, but perhaps he was not ready to stand up and be recognized for that effort. 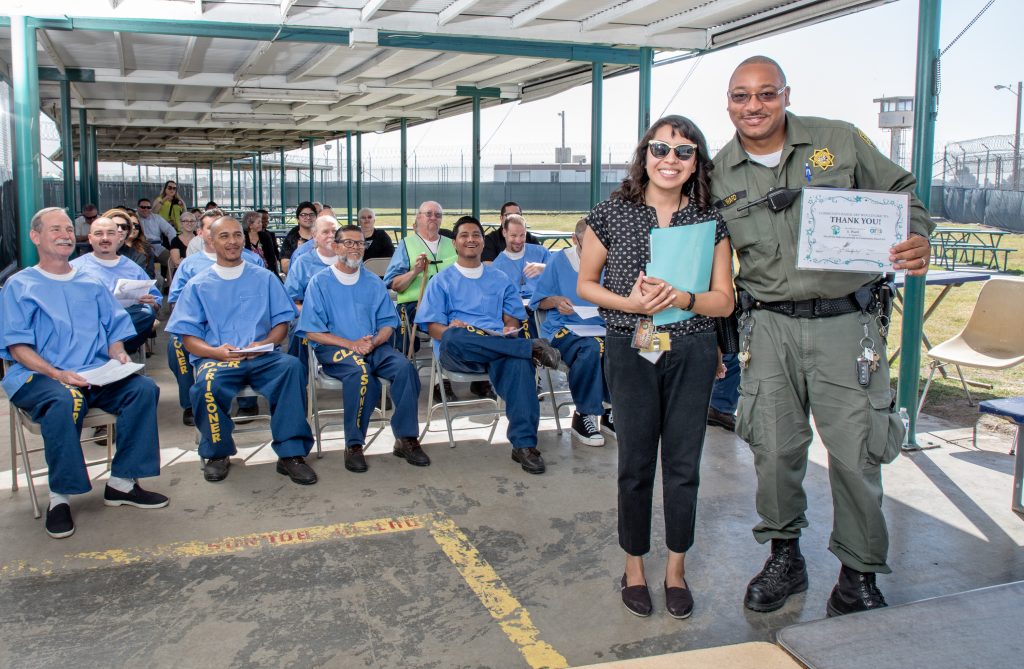 Art is a means to change. This much I know from my own life experience. And I also see it play out in our programs inside the prisons each day. I have seen middle aged men grow from hunching forward and looking at the floor to sitting up tall, asking questions, and most of all, expressing their thoughts and ideas and dreams through images and words and music. But though change is always possible, it’s complex and layered. And change in individuals and in systems is necessarily integrated with the stories society tells us and, perhaps even more importantly, the stories we tell ourselves. Change is a collective process. And it’s hard. 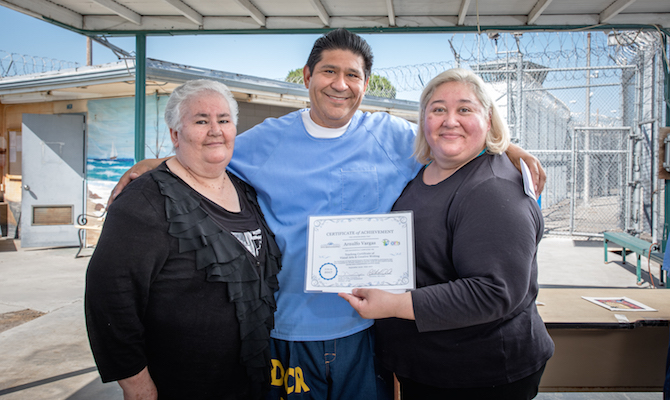