The video of Francis Fukuyama’s speech can be viewed below.

To the present moment Thomas Mann is particularly relevant . The role that he played as an exile from Nazi Germany, his Listen, Germany! lectures that were delivered into Nazi Germany during the war, in a way set an important precedent for how you dissent against a tyranny, against authoritarian regimes. To me it makes a particular difference because I am the director of something called the Center on Democracy Development and the Rule of Law at Stanford University. We run a number of programs for people who want to promote democracy around the world.  Most of them are civil society activists, some are journalists, some are actually in governments that are seeking to become democratic. And I think, very tragically, in our period, we are facing some of the same kinds of authoritarian governments that Thomas Mann faced in his day.

A number of the people that have gone through our programs at Stanford have, like him, been able to resist those regimes only from the outside and to try to speak from the outside to their own fellow citizens. I would actually like to just mention a few of them by name, because they are real people and their struggles are very similar to Thomas Mann’s. Nancy Okail had worked for the National Democratic Institute in Egypt at the time of the Arab Spring. She was jailed, eventually freed, she went to Washington to form the Tahrir Institute of Middle East Policy and spoke out against the dictatorship of General Sisi. Saeid Golkar had to flee his native Iran and since then has been working as an academic writing about the IRGC and Basij, the military underpinnings of the Iranian regime. Zhanna Nemtsova is the daughter of Boris Nemtsov, a famous Russian dissident politician, who was murdered just outside the Kremlin in 2015. She can no longer live in Russia but has to work as a journalist from Germany. David Smolansky had been a mayor of an opposition party in Venezuela, and after a harrowing escape across the Brazilian border is now in Washington. All of these people are following Thomas Mann’s tradition.

The fact that these people and many others like them cannot safely travel in their own countries, where they were born, is an indication of the shifts in global politics that have occurred in the last few years unfortunately. You have the consolidation of authoritarian regimes, like China, Russia, or Saudi Arabia that are now self-confident and are trying to project their influence into the outside world. Indeed, many authoritarian regimes seek to intimidate their opponents outside their own borders, as in the case of the murder of the Saudi journalist Jamal Khashoggi in Turkey last year.  Russia in particular has become a kleptocracy that strips assets from its own people and stashes them abroad, where corrupt officials and businessmen linked to the regime have tremendous resources available to fight those who might uncover their activities.

And you also have the rise of populism. We have seen the rise of politicians in established democracies, beginning with two of the most well-established democracies, United States and Britain, who have used their popular mandate to undermine some of the democratic norms that exist in a real liberal democracy. The rule of law, the separation of powers, the independence of courts, and the importance of independent journalism are pillars of what it means to be in a real democratic society.

In Europe, Hungary has gone the furthest in seeking to undermine the independence of courts, the media, and civil society organizations like the Central European University that might seek to hold his Fidesz government accountable.  In the United States, Donald Trump came to power in 2016 saying in the classic style of a demagogue that ‘he alone’ understood and could fix the nation’s problems, and that the mainstream media were ‘enemies of the American people.’  He went on to attack and try to undermine all of the check-and-balance institutions that are there to constrain the power of the executive.  In this he has been supported by outside authoritarian powers like Russia.

We are in a crisis of global democracy, where the forces that support an open and tolerant society are under tremendous pressure and we’ve gone backwards in that struggle. We need to be on guard from another thing that Thomas Mann suffered from in his career, which was his dealings with the House Un-American Activities Committee and the kinds of prejudices against dissident opinions that can occur even in the most well-established democracy. And unfortunately, we are seeing some of that trend reappear in the United States, in Europe and other countries that should be the bastions of free society.

The example of Thomas Mann should be an inspiration to all of those people currently struggling, as he struggled back in the 1940s. It is important to realize that there is hope at the end of this process, that people do not want to live under tyrannical regimes, they do want to have the freedom to think, and write, and act.  In recent years we have seen uprisings against dictatorship and kleptocracy occurring in many places — in Ukraine, Armenia, Algeria, Sudan, Ethiopia, Nicaragua, Venezuela, and, most recently Hong Kong.  These people deserve the support of everyone living in democratic countries who want to continue to enjoy their own freedoms, just as the governments they oppose are being supported by outside authoritarian powers. 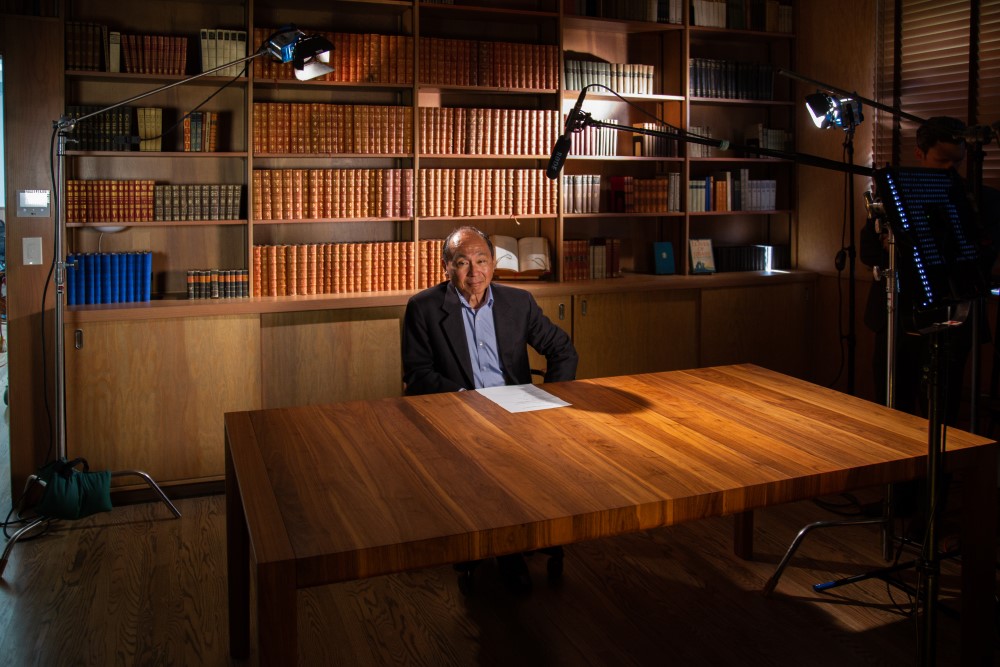