The video of Michael Zürn’s talk can be viewed below.

The liberal script — and with it, the halfway decent functioning democracies in this world — have one distinctive feature. For them, opposition and criticism of the prevailing order are necessary components of good order. For Karl Popper, “The transition from the tribal or ‘closed society’ to the ‘open society’… sets free the critical powers of man.” However, the liberal script does not only create space for critique. It also gives rise to critique by allowing for normatively questionable practices that run counter to its own claims. The practices of exclusion and imperial domination towards foreign people and distant societies must be mentioned here in the first place. Currently, this is the target of postcolonial critiques and movements. On the other political side, authoritarian populists think of liberalism as a “leftist” and cosmopolitan project that operates coldly, is devoid of community, and is disconnected from the experiences of “ordinary” people. Moreover, capitalism, which seems to be part of the liberal script, has repeatedly ensured a level of social inequality that runs counter to the principle of equality. Many other challenges could be listed here — not least from the ecology movement.

But which of these challenges are internal and therefore part of a necessary innovation of liberal democracy, and which are external and endanger its achievements? Which of the populist parties, for instance, fill a representational gap in democracies and which threaten democracy? Thomas Mann hinted at the answer to this question in his speech “Attention, Europe!” He writes there, not without an elitist undertone, about the “petty-bourgeois” who supports the fascists, “suffering from thinking mania”: “Among the European ideas, which he considers settled thanks to his upbringing — truth, freedom, and justice — ‘truth’ is for him the most hated, the most impossible” (Mann 1995, Essays Vol. 4, 157). In other words, whoever questions the idea of truth attacks liberal democracy fundamentally and thus from the outside.

What is hidden behind the liberal idea of truth? A sparse sketch must suffice here. First of all, it is important to emphasize the close connection between the Enlightenment and the liberal script. For both, the autonomy of the individual is paramount. Immanuel Kant sums up the common core idea: “Enlightenment is man’s emergence from his self-incurred immaturity. … Sapere aude! Have the courage to use your own intellect is the motto of the Enlightenment.” One should therefore trust one’s own senses. That is the subjective element.

This trust in one’s own cognitive ability must be accompanied by knowledge of one’s own limitations. It is also important to consider other views and experiences, especially if they bring in observations that are not possible for oneself. So, if there are no experiences of our own, or in John Stewart Mill’s words “occurrences that took place while we were absent,” and if we also have no information about the lack of trustworthiness of others, then it is necessary to trust the statements of others as a source of truth. However, truth hardly results from the mere addition of the statements of trustworthy individuals. A mechanism of mediation and comparison is needed on this second — the intersubjective — level of knowledge. This is where something that can be called “communicative rationality” comes into play, which unfolds its social power above all in the public sphere. In turn, the result of such deliberative processes generates intersubjective convictions that many members of a community accept as provisionally correct, and are thus to be taken seriously as provisional truth.

Thirdly, there is an element of reflexive subordination. This involves recognizing epistemic authorities, namely, those instances that are believed to have special competence in generating knowledge. There must be positive reasons for the assignment of epistemic authority. The science system with its division of labour, its theoretical concepts, and its special instruments of observation provides these reasons. This then has the status of “objective” knowledge.

Such a three-pillar theory of knowledge has inscribed tensions between the levels. A first tension arises between subjective level “one” and intersubjective level “two.” When people feel excluded from the public discourse, it is less likely that they recognize the outcome as rational. Then, “Querdenker” and subjectivist thinking become popular. Particularly weighty is the tension between the intersubjective level two and the third level of epistemic authorities. Since the early days of democracy, these two levels have been played off against each other. Then “the wisdom of the crowd” and the “authority of the republic of experts” function as opposites.

Two principles ease potential tensions between the different pillars of liberal epistemology so that they do not lead to collisions and blockades but to a productive interaction. The acceptance of what Karl Popper called the “falsification principle” must be mentioned first. Popper ties this “critical principle” directly to the liberal tradition and thereby rejects the idea of eternal truths. Accordingly, statements and theses with empirical support can only be regarded as (temporarily) valid as long as they have not been empirically refuted or falsified. The falsification principle applies to all three pillars of liberal epistemology.

The second important framework condition for the liberal truth regime is the assumption of the political neutrality and social independence of science and the quality media. The role of the quality media relates in particular to public debates. In many respects, they also function as a transfer belt between science and society. Science, on the other hand, is supposed to offer a critical perspective on state power and, as it were, to expose ideology-driven and outdated truth claims there; and at the same time it is supposed to provide technical solutions to the problems defined by politics.

Now it is easy to see that many contemporary opponents of liberal democracy question precisely its epistemology. This is most obviously true of the new religious fundamentalism. In essence, these are scripts that assign the status of an absolute cosmology in the ancient scriptures, which must under no circumstances be exposed to the principles of criticism and falsificationism. Religious fundamentalism is by no means limited to Islam. There is also still a Christian fundamentalism that is happily celebrating its first day, especially on the American continent.

The second fundamental challenge to the liberal doctrine of knowledge can be observed particularly within Western societies and is linked to an ideology that can be described as authoritarian populism. Its questioning of liberal epistemology has recently been demonstrated in particular by the Corona deniers and by the denial of his electoral defeat by ex-President Trump and his supporters. The questioning of climate change offered an early sign of this development, as did the permanent talk of the lying press, which aims to question the referee function of the quality media in public discourse. Unlike the regular lie, which has always been well known in the political sphere (Hannah Arendt), debunking is no problem at all for this strategy. When Kellyanne Conway, the former campaign manager and official advisor to President Trump, was confronted with data and images that falsified the claim that there were more people at Donald Trump’s inauguration than at Barack Obama’s, she spoke without further ado of “alternative facts.” She thus suspended the falsification principle.

By continuing to downgrade the quality media with the permanent talk of the lying press, the media no longer has to act as an arbitrator about which means are allowed in the debate and which are not. There is thus a danger that public disputes will become a battleground of words that are completely freed from their reference to the truth. Words then become a weapon. At the same time, the “tribal epistemology” declares the republic of science to be an ally of the liberal and cosmopolitan class, who control politics and do well at the expense of ordinary people. Therefore, this strand of populism proves to be a fundamental challenge to liberal democracy, since it follows a “tribal epistemology” and challenges the liberal one.

Parts of poststructuralist and postcolonial theory emphasize the plurality of truth regimes. In this view, the liberal truth regime became dominant only because it has been formulated from the perspective of capitalist and colonial centers. Therefore, imperialism, racism, and the reproduction of inequality and discrimination are seen as inscribed in the liberal script. The critique of all these historical and current mechanisms of domination that have been produced by self-acclaimed liberal societies is valuable and an unconditional part of the liberal script. Those who critically denounce discrimination, however, must have an understanding of tolerance and equality, which must be considered as absolute. And here we are back to the regulative idea of truth.

Liberal democracy needs the regulative idea of truth and the institutionalization of instances that assess temporary but falsifiable truths. Without them, liberal democracy cannot function in the long term. Public debate does not even make sense without the regulative premise that some beliefs can be regarded as being closer to the truth than others. If all empirical claims and all moral beliefs are equally valid or invalid, then public debate and the search for the common good itself becomes fake. The dangers of questioning the liberal doctrine of knowledge were traced by Thomas Mann, here in Pacific Palisades, when writing his speech on Germany and the Germans. According to him, the “depth” of the German soul was based on “the disjunction of the speculative and the social-political elements of human energy and the complete prevalence of the first over the second” (Mann, Essays 1938-1945, 265). He considers this German inwardness of subjectivity as valuable, but, he goes on, through a kind of dialectical reversal, it turned evil. The Germans allowed themselves to be seduced into basing their claim to European hegemony, even to world domination, on their native cosmopolitanism, whereby it became a strict opposite, the most presumptuous and threatening nationalism and imperialism. Those who wish to avoid repetition should uphold the liberal truth regime, which reconciles subjective inwardness with public deliberation and scientific insight. Then the necessary opposition to and the critique of liberal democracy will take us further. 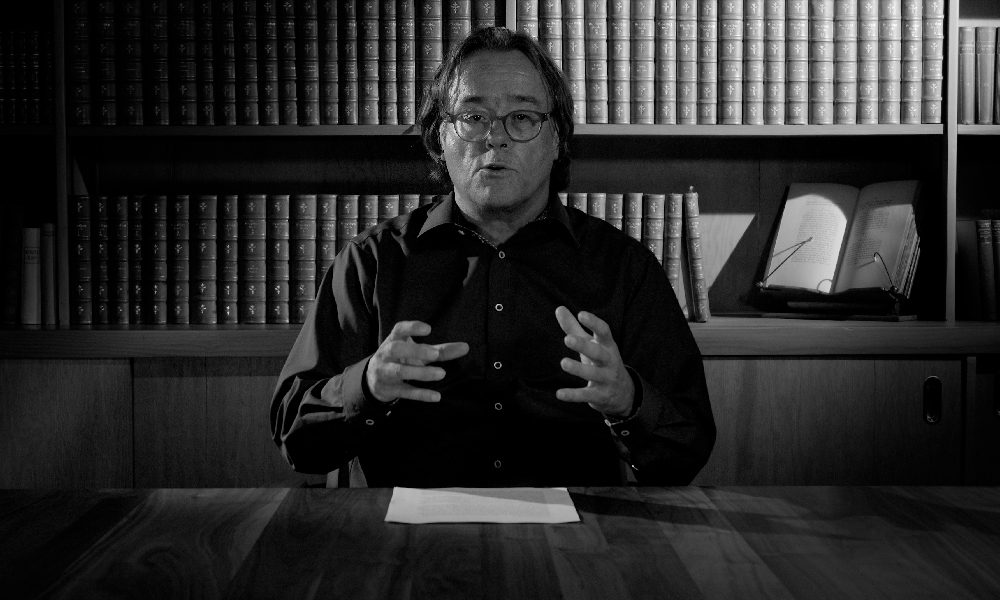