The video of Christoph Möllers’s talk can be viewed below.

One of the most peculiar commonplaces about Thomas Mann is the assertion that he was an “apolitical” person. As the German scholar Hans Rudolf Vaget, who works in the US, has shown, this myth was put into the world by the inner emigration, the poets that remained in Germany under National Socialism. It was promoted not entirely voluntarily by his son Golo, popularized by FAZ (a major German newspaper) editor Joachim Fest, and is still held today by a good part of the scholarly world. The thesis is still amazing. After all, Mann’s work is not only brimming with political statements; even the designation “apolitical” that he has been accused of is famously his own. But one should be cautious about adopting a self-description in the case of a writer like Mann who was very conscious of his afterlife.

What is clear is that after Mann’s turn to the Weimar Republic, there is an abundance of concrete political statements from him that hold up well to this day: from the public recommendation for the liberal candidate Wilhelm Marx against Hindenburg in the Reich presidential election of 1925 to the warning to Germans after the war to confront their own crimes, which — now commonplace — was overlooked during his lifetime. As a German, one may find it painful that Mann did not come back to Germany after 1945, but this is not a political error of judgment. In general, it is striking how little this criticism considers the standard it applies to Mann. When is one actually a properly political artist? And who meets this standard? That one must adhere to democracy out of deep unshakable moral conviction in order to earn the title of a political man seems strange. It certainly does not add up to a political concept of politics. And would his critics turn out to be more “political” than the permanently politicizing man?

One reason for skepticism about Mann’s political pronouncements may lie in the very homespun history of ideas, even by the standards of the time, with which he operates in longer political texts such as Germany and the Germans or Of the German Republic. In fact, Mann almost never talks about institutions, about parties and parliaments, when he talks about politics, but rather cultivates a doom-and-gloom history of the German Geist. When comparing his texts from the 1920s with those of other German intellectuals, such as Max Weber or Ernst Troeltsch, the latter seem more concrete, better politically informed, and simply more readable. Admittedly, this sets the bar high. Legitimate political writing cannot begin with the most politically awake minds of their time. It is doubtful that the Mann critics will be able to clear this bar. Above all, it does not change the fact that Mann, when he judged politically, seldom actually and found interesting words and well-founded respect for democratic politicians from Ebert to Roosevelt.

Against this background, it is interesting to reread Mann’s first great declaration of belief in democracy, the speech “Von deutscher Republik” (“Of the German Republic”), which Mann delivered in Berlin on October 13, 1922, on the occasion of Gerhart Hauptmann’s 60th birthday. There, in addition to some rather weird things, such as a democratic justification of male homosexuality (at least three exclamation points would be due here), one will also discover an interesting treatment of the enemies of the republic. Mann sees these enemies above all in the contemporary youth. A special trick of the later published version is that Mann includes a protesting reaction of the right-wing students, the shuffling with their feet, as an added reaction in the text. In this way, the text almost takes on a dialogic quality. Mann shows a republic-critical audience that he takes note where his own statements become painful. This approachable form is underpinned by content. He tries to justify the democratic order by referring to German poets and thinkers whose ideological credibility is among conservatives beyond doubt.

Thus Novalis, Nietzsche, and George become rather unlikely witnesses to the compatibility of an ideology understood as genuinely German with the republican form of government. Institutions condemned as liberal or Western, from world trade to international law, are asserted by such quotations to be compatible with the essence of German culture. Of course, this argumentation seems strange to us today. The essentialization of German culture seems just as peculiar as the assumption that a modern democracy can be justified with the poets mentioned — even if one must concede that the quotations all sit well. Ultimately, it must also remain open whether this approach by Mann is to be understood as a strategy, as a political ploy, so to speak, or whether he believes what he says.

More interesting than such motive research, however, is that in this speech Mann uses his own political development to convince others of democracy. He speaks not as a politician or as a true democrat, but as someone who has had to convince himself that his own aesthetic existence is possible in a democratic order, and who, having convinced himself of this, wants to convince others of it as well. In the völkisch students, whose reaction he takes up in the speech, Mann sees himself as well.

One does not have to idealize this approach unduly to recognize that there are lessons to be learned here. First, that for the difficult question of how to deal with opponents of democracy, one should also turn to those who know what it is like to be one. This is not a matter of emotional empathy, but of understanding in a descriptive, non-justificatory sense — and perhaps also of political cunning.

Second, that it could be counterproductive, especially in times of crisis, to pretend that a deep democratic mindset is the only way to become a supporter of democracy. Here Mann ultimately appears much more political than his democratically overachieving critics. He supports the republic not because he considers it a moral end in itself, but because it enables him to live the art-centered life he wants to live and because it is compatible with the cultural roots he insists on preserving. Behind the too-many, too-artful words of this lecture lies a remarkable pragmatism. To describe this as mere republicanism from reason, Vernunftrepublikanismus, goes doubly wrong. First, it does not do justice to the text, which argues precisely from the perspective of the republic-critical worldview and seeks to capture the unreasonable. Second, it raises the question of what exactly the problem with “republicanism of reason” should be, that is, what argues against adherence to the republic for good reasons. Would an emotional detachment to democracy be more reliable?

His critics’s treatment of Mann’s politics assumes that one must always have been on the right side to be recognized as a democrat. Those who have allowed themselves to be convinced, on the other hand, are liable for their political errors for the rest of their lives. Incidentally, Mann, the supposed “republican of reason,” reminds us in his speech that, as the son of a senator from Lübeck, he was one of the quite rare Republicans of birth in the German Reich. He holds another lesson: democracy depends precisely on those who doubt it and need to be convinced. 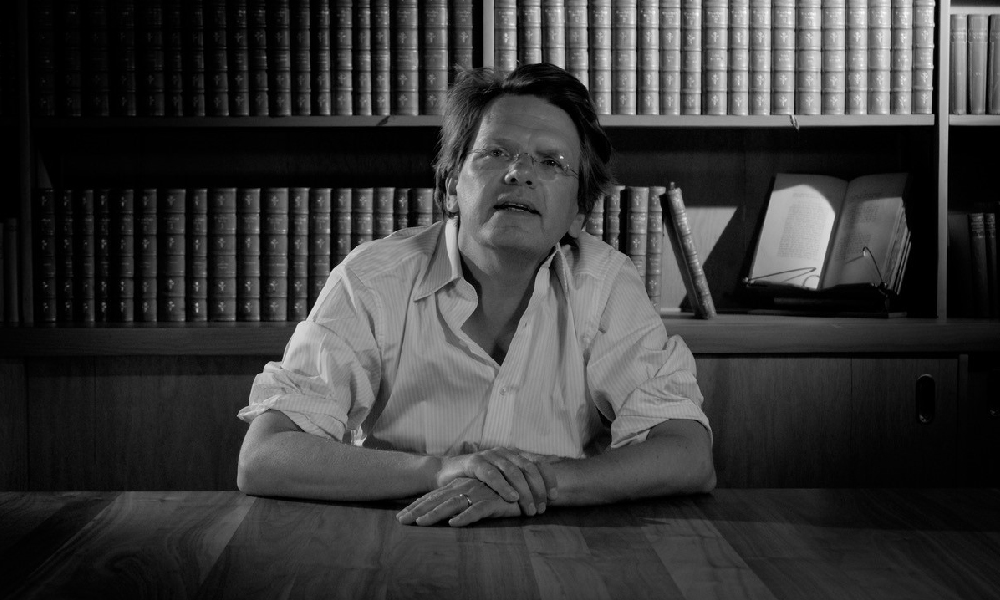