I recently witnessed the participants in a panel discussion collectively agree to avoid the word community. Early in the event, which was about art and society, one person mentioned that community is overused by nonprofits and has been co-opted by corporations, used as a synonym for “consumers.” After briefly debating imperfect alternatives — group? people? — the panelists came to a tacit decision. They would continue to use the word, but apologize for it each time, which forced them to say things like, It was beautiful to see the community (sorry!) come together.

I sympathized with the panelists’ dilemma. I work with social change organizations as a writer and editor, and I’m frequently part of these kinds of debates. Can we say impact, or is that meaningless? What’s a good synonym for thought-leader? As I watched the panelists apologize for a word while still using it constantly, I started thinking about whether (and how) any of us who care about language can retire words like these ones that have become so core to the vocabulary of particular fields and schools of thought.

Right now in city council meetings, advocacy group conferences, and media pitch meetings all over the country, a healthy debate is percolating about the word citizen.

Citizen is a powerful word, with connotations of civic responsibility and connection to the social contract. A lot of my clients and colleagues use it as a way of saying “people,” but with more oomph. But in the past year, a growing number of institutions in the social change community (sorry!) have quietly amended their internal style guides to avoid the word.

In the past year alone, I worked with three separate clients in diverse fields who all adopted this policy. And in her Harper’s magazine column earlier this year, I noticed Rebecca Solnit made the same calculation, choosing the less-common, and more inclusive, alternative denizen:

Democracy thrives best in a society whose water is drinkable, whose schools impart a decent education, whose denizens have adequate incomes and hope for the future.

In the context of the migrant crisis and the uptick in disturbingly xenophobic rhetoric and policy, this trend is only going to increase. More people are going to decide that the word citizen — despite its inspiring connotations — is just too exclusionary.

Is it time for everyone working in social change to do the same?

A love affair with the word “citizen”

Until a few years ago, there was a mysterious smudge in the Declaration of Independence. Using high-tech analysis, researchers at the Library of Congress discovered the erasure under the smudge. Thomas Jefferson had originally written the word subjects. He changed it to citizens.

As flawed as our concept of citizenship was in America at that time, Jefferson’s change is still relevant today; it’s one of the country’s early recognitions that people in society should be something more than “subjects.”

This is the sense in which many of my clients use the word citizen. For example, one of my longest-running clients is the social enterprise Reboot, which works with governments, foundations, and civil society to make governance more accountable and effective. When writing for Reboot, I use the word citizen to signify the people that institutions are meant to serve, regardless of their technical nationality.

And in this sense of the word, citizen is often foundational to the organization’s published work. For example, in Reboot’s early research on the Tunisian revolution, we specifically explored the use of technology and social media among “citizens, media, and civic institutions.” More recently, a 2016 report for Omidyar Network on independent media in West Africa focused on how “citizen engagement” is sharpening the teeth of media’s watchdog role.

For organizations like Reboot, the word “citizen” is a habitual but conscious choice made to regularly keep everyday people present in the language (and hopefully from there, in the policies and actions) of governments, political leaders, and other loci of power. In short, it’s a hard word to give up.

International development is not the best at choosing words

When I brought up this topic during a recent editorial meeting, we all agreed that the field of international development — where Reboot does a significant amount of work — is rife with examples of vocabulary that reinforces inequality. The shifts in terminology between third world, developing world, Global South, and low- and middle-income show that international development practitioners often retire one problematic word only to choose another. To the field’s credit, it is capable of self-reflection and change. Every year, organizations and media choose a new crop of development buzzwords to reject (like these 17 from the Development Set), even as new ones keep rolling in (see these 8 from NPR). But we still don’t have an accurate term for what to call the group of countries who suffer most from global inequality.

At the end of our conversation, we decided that the best we can do, as practitioners, is think carefully about the words we use. We can’t avoid every tricky word, but we do try to use them all consciously. As Reboot has written before, we know that even buzzwords have their time and place. Reboot’s official policy is to use language that meets the high standards of responsible development work; in other words, language that is thoughtful, flexible, and context-appropriate.

On a personal level, I feel like I have more work to do. A commitment to being “thoughtful” about language is only part of the work, because often the most problematic words are the ones that reveal our own biases — which, for any human being, are particularly difficult to identify. In addition to being thoughtful, we need to regularly check our language with other, diverse sources, to understand how the words we’re using can undermine our own values.

For example, when I was drafting this post I first subtitled this section, Language reveals our blind spots. It’s a commonly used idiom, but I used it without thinking, a sign of my unconscious biases; I failed to think about people with disabilities. I’m grateful to a colleague for highlighting how phrases like “fall on deaf ears” and “turn a blind eye” falsely associate physical disabilities with negative characteristics. Once you see the connection, the problem is obvious. Choosing to “sweep something under the rug” instead of “turn a blind eye” is a small gesture toward addressing implicit bias; it’s another one of those habitual but conscious choices we can use to help train ourselves to notice our own biases.

Avoiding certain words is not only about bias and power; it also makes sense as a practical matter of reaching audiences.

The Wikimedia Foundation, for example, recently discovered a small but useful insight about how to communicate with people in places where internet access is scarce and expensive. The research came out of the organization’s New Readers project, which (with support from Reboot) seeks to understand and reach people in countries where internet access is increasing but Wikipedia is not commonly known, such as India and Nigeria. Research showed that the cost of internet access is a major concern for many people in these countries, so much so that the phrase “using data” is synonymous with “using the internet.” It wouldn’t be offensive for Wikimedia Foundation to use the term “going online,” but it’s more effective to say “using data.” Word choice is a powerful way to communicate on a more personal, more familiar level with these audiences.

But if we retire citizen — what’s the alternative?

A few years ago, the New York Times asked Jon Favreau, President Obama’s former speechwriter, why the word “folks” showed up so often in the President’s lexicon. Favreau blamed a lack of alternatives:

“People” is a little plain, also overused and when directed toward a crowd, a little condescending […] “Friends (they are not friends); “my fellow Americans” (he is Kenyan). [Note: Favreau was joking about Obama being Kenyan.]

My clients run into the same challenge if we decide to retire citizen, just like the panelists faced with ridding the word community from their glossary. There’s just no easy replacement. For example, looking back to Reboot’s report on Tunisia, how could we rephrase a sentence like: “We explored the use of ICTs among citizens, media, and civic institutions”? If we replace citizens with people or humans, we end up dehumanizing the journalists, producers, project managers, implementers, policymakers, and other people in those media and civic institutions. We could say residents — a common substitution amongst civic engagement groups in the United States who serve people regardless of legal citizenship status — but in the context of the Jasmine Revolution, residents sounds too temporary to me. I like how Solnit uses denizens, but I can’t write it without hearing the phrase “denizens of the deep.” Although maybe one day, so many writers, leaders, and thinkers will use the word denizens that it will become the new substitute, and historians of the future will write about how the word citizen was erased at the beginning of the 20th century, just as the word subject was erased at the end of the 18th.

This is the work of writing and editing for social change. Every word matters, and yet there is no perfect word, only imperfect alternatives. While some words are stronger than others, it’s never because of something inherent in the word; it’s because of how we as a community (sorry!) use them.

Like a bronze statue rubbed smooth by millions of pilgrims’ hands, we collectively choose some words to hold more than their fair share of our hopes and visions. Community, impact, and change are all words that can hardly be said seriously anymore, because they’ve become so overused; but they are overused because for a while they really were perfect. There are synonyms for these words, but no substitutes, because we invested in these words by using them over and over again. Sometimes these words get co-opted (the alt-right calls itself a movement), and sometimes they just wear out through overuse. In both cases, it takes time to find new ones.

When the word citizen reaches that point, those of us who care about citizenship in the sense of “connection and commitment” will need a new word, and we’ll need to use it frequently, to imbue it with the resonance, dignity, and responsibility that “citizen” implies now. For a while, that new word will sing; eventually, it will become problematic, too, and we’ll have to find another new one. The work of editing is like the work of social change itself. Because we live in a world where the things we don’t name are the things we lose first. 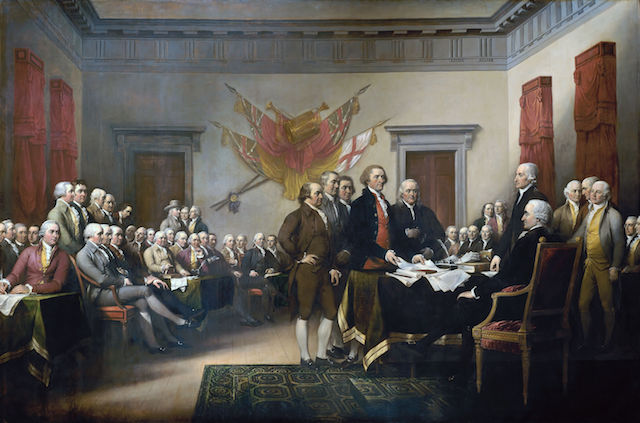