The statues are toppling. From Birmingham, where the Confederate Soldiers and Sailors Monument was removed by the city, to Belgium, where statues of King Leopold II are dropping, to Bristol, where the statue of the enslaver Edward Colston was tossed into the harbor by righteous protesters, they’re coming down fast and landing hard.

The debate about what to do with abhorrent monuments of the past is familiar. Critics who urge caution worry that bringing them down will “erase history.” A more thoughtful approach, some suggest, is to disinfect them with interpretive signage and critical distance, perhaps in a museum. How will we possibly understand the past if we remove its monuments?

Old monuments, of course, are neither necessary nor sufficient conduits for history. They do not irradiate the area around them with historical insight, like historical cell towers, nor does their removal result in ignorance of the past. As a historian who studies medieval Europe, I find myself reflecting on earlier examples of humans gripped by anxieties about old monuments. And I am intrigued by one historical solution to the problem: ritual burial.

In the eighth century, a group of Byzantine chroniclers explored Constantinople and its environs, taking down a curious description of monuments from the pagan past. The compilation that resulted, known as Parastaseis syntomoi chronikai (“Brief Historical Notes”) is not merely an erudite description of classical masterpieces. It frequently seems puzzled by the monuments, which is understandable, since many of them evidently possess supernatural power. The pagan statues in particular provoke anxiety — not just because of the text’s Christian perspective in the early days of the iconoclasm debate, but because they do objectively alarming things.

In one area, a statue of a woman with two heads was reportedly the only thing to survive a devastating fire, and witnesses reported that the fire would not go near, “as if forced back by something preventing it.” Pagan statues targeted for removal tend to fight back. When the statue of a “certain pagan” is taken down, the area around it shakes uncontrollably until the quick-thinking emperor sends a religious procession, headed by a saint, to restore balance. The message is not subtle: one statue has the motto “let him who disturbs monuments be hanged” carved onto its chest.

The text does not advocate for destroying all pagan monuments, but it alludes frequently to the practice of burying troublesome statues and other commemorative objects as a means of neutralizing them. This is apparently a habitual necessity of living with the monuments of the rejected past: they are basically zombies, obsolete but still present, powerful, and sometimes bloodthirsty.

At one point the chronicler ventures out with a companion named Himerius, some sort of official, to investigate the statues in a theater-turned-execution-venue. One statue is singled out as “small in height and squat and very heavy,” which turns out to be not just aesthetic criticism but ominous foreshadowing. As the men get into an argument about the subject of the statue — is it Maximian the builder? — it falls onto Himerius and kills him on the spot.

Or at least this is what we are told. The story turns rapidly into material for a true-crime podcast. Himerius is dead. The narrator is justifiably concerned that his story — an argument, an allegedly murderous statue, no witnesses except for two mule-tenders who were (conveniently?) just out of sight at the time — is not believable. He panics. And so: “terrified of being hurt myself, I dragged him by the right foot to where they throw the convicts and tried to throw him in, but in my terror I let go of the load at the edge of the bank and ran away and sought asylum in the Great Church.” The ensuing investigation is not concluded until a group returns to the site and, with assistance from a philosopher named John, buries the statue, “for it was impossible to destroy it.”

In the Case of the Murderous Statue, the blunt force of the monument is a blunt metaphor: in one way or another, old monuments are capable of causing real harm. As the narrator concludes: “Take care when you look at old statues, especially pagan ones.”

The anxieties provoked by old monuments are real, and legitimate. As we consider what to do with our old monuments, not from a mysterious pagan past, but a manifest and enduring racist legacy, it’s worth recognizing the particular psychological power of monuments. As the belligerent statues of eighth-century Constantinople suggest, such objects are not inert “History,” but undead polemics. Creating public monuments is a historical act; pulling them down is a historical act; choosing to leave them up is also a historical act.

Is their didactic value worth the risks of living with them? In our eighth-century source, after reading the inscription on a statue in the Hippodrome, an observer comments: “I would have been better off if I had not read the inscription.” 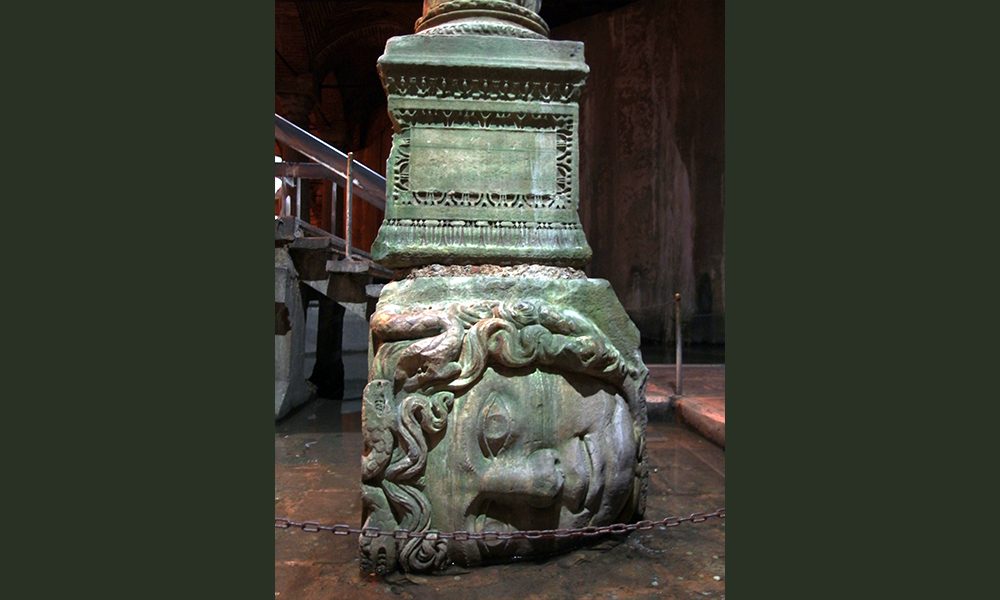