There is a growing trend of characterizing anti-liberal political leaders as “anti-elitist” — from Brazil’s Bolsonaro to Turkey’s Erdogan. The tag has also been applied to India’s ruling party, the BJP, and Prime Minister, Narendra Modi. In India, at least, it is time to put this notion to rest.

In recent weeks, journalists have been arrested for Twitter posts and a rapper has been charged with sedition for Facebook and Instagram posts. An ex-police officer, Sanjiv Bhatt, was sentenced to life in prison by a state court. The official charge was murder in 1989, but his conviction is widely viewed as revenge by a government he has lambasted.  A Muslim man suspected of theft was forced to recite Hindu chants before being lynched by a mob. And most recently, India’s Central Bureau of Investigation raided the offices of two prominent human rights lawyers.

These acts of intimidation come on the heels of the BJP’s overwhelming victory in recent parliamentary elections and Modi’s reappointment as Prime Minister of India. Upper-caste Hindu supremacists, the lifeblood of the BJP, celebrated the election results. But there was also notable enthusiasm from other quarters, including from some liberals who value secularism and free-speech. One theme, expressed not just in the dens of Twitter but by prominent writers in both the Western and Indian media, was that Modi and his movement principally represent anti-elitism rather than religious nationalism.

This is a specious argument that positions the Indian electorate within a supposed global trend, while ignoring the specific dangers of the BJP’s illiberal sectarianism. Equating liberalism with elite-domination has become a means of justifying the majoritarian assault on hard-won minority rights. In India, for example, the BJP is no doubt sympathetic to anti-liberal causes, as its squelching of the press, religious intolerance, and attitude towards LGBT rights make clear.

Anti-elitism is well worth discussing on its own merits. India’s political and intellectual life has indeed long been dominated by urban English speakers. Since independence in 1947, the Congress party has been mostly controlled by Jawaharlal Nehru and his descendants, many of whom have also served as Prime Minister. In contrast, Modi comes from humble origins.

However, if the BJP were interested in anti-elitism rather than cultural hegemony, it has been coyly withholding. One needs only to turn to well-documented statements by senior party members, very often targeting non-elites. The Home Minister Amit Shah has called Bangladeshi Muslim migrants “termites” and promised religious discrimination in India’s migrant policy; member of parliament Pragya Thakur faces terrorism charges and referred to Mahatma Gandhi’s assassin as a “patriot”; Union Minister Pratap Sarangi has been implicated in the killing of a Christian missionary family and described missionaries as “idiots”; and the Chief Minister of Uttar Pradesh, Yogi Adityanath, has demanded that those who dislike yoga leave India.

Furthermore, hate speech does not live and die in a vacuum. Recent years have seen a rise in crimes against outspoken critics of the BJP and religious minorities, including several lynchings in the name of protecting cows (which are holy to Hindus). In 2018, Reporters Without Borders ranked India 138 out of 180 countries on its press freedom index and noted a striking increase in the murder of journalists and in the rise of hate speech.

Analysts that downplay this point may argue that assaults are infrequent and that BJP leaders, despite being charged with serious communal crimes, have generally not been convicted. But this is akin to viewing the Mueller Report as an “exoneration” of Trump.

In fact, this continued tacit acceptance of intimidation and occasional violence allows the BJP to evade the difficult choices — both in its statements and political appointments — that would be required to earn the support of those who find its sectarianism unpalatable.

Soon after his win, Modi made a conciliatory speech in which he referred to the “imagined fear” faced by minorities. But the fear is real. As members of a rare breed (we are a Hindu-Muslim couple), we can attest to it.

Much of our Muslim family resides in Ahmedabad in the western state of Gujarat. It was here that in 2002, riots claimed nearly 2,000 lives, most of them Muslim, after a train fire in which sixty Hindu pilgrims were burned alive. Modi was then the Chief Minister of Gujarat. His role in the riots is a point of contention among Indians. Depending on one’s reading of the reports, he was either a violent instigator or, at best, grossly negligent. In either case, his leadership should be constantly scrutinized for signs of communalism and possible calls to violence.

Since the riots, most Muslims of Ahmedabad, our family included, have banded together and ghettoized, partly by choice, partly because of discrimination in the rental market. Everyday interactions are fraught with tension in this city where Modi is lionized and muscular religiosity is a badge of honor. For example, we recently saw, on the fringes of a Muslim neighborhood, that every pharmacy had a cow welfare donation box at its entrance.

Also striking is how Indians from elsewhere perceive Ahmedabad today. There is casual talk of the city’s beauty, its wide roads and expanding malls, and of how it must be a nice place to live. The terrifying and gruesome riots — where an estimated 250 girls and women were gang raped and then killed — have seemingly receded from the collective imagination despite the fact that the same animus persists, the vast majority of the perpetrators are free, and the scars have not healed. Bilkis Bano, one of the only survivors of the riots to take her case to the courts, received a ruling just a few months ago, when the Supreme Court ordered the government of Gujarat to pay her $71,000 in compensation. Bano’s family had been caught by rioters while fleeing her village. Bano was gang-raped and thirteen members of her family, including her daughter, were killed. Bano survived only because the rioters believed she was dead.

In a country as thrillingly big and diverse as India, it is natural for people to be uninformed about their fellow citizens’ lives and fears, but this phenomenon is made worse by attacks on the press, lawyers, and whistleblowers like Sanjiv Bhatt. As a result, the persecution of dissent is met with apathy, and liberal values, including the protection of minorities, are regarded as the frivolous concerns of out-of-touch elites. It is this cultural shift — not anti-elitism but the acceptance of intolerance — that is a hallmark of this regime. 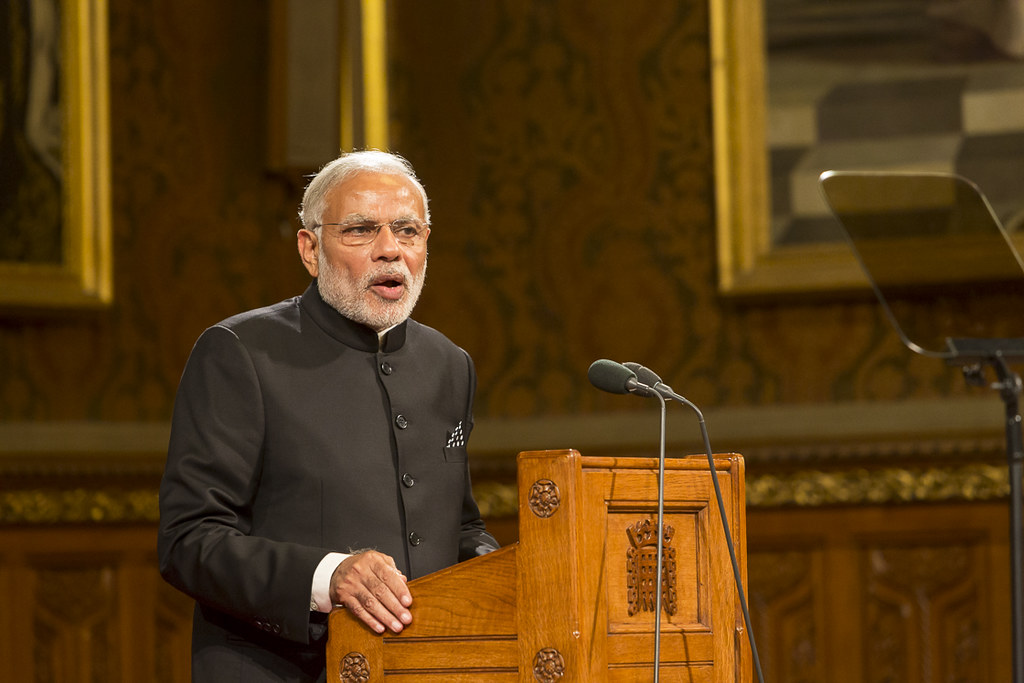